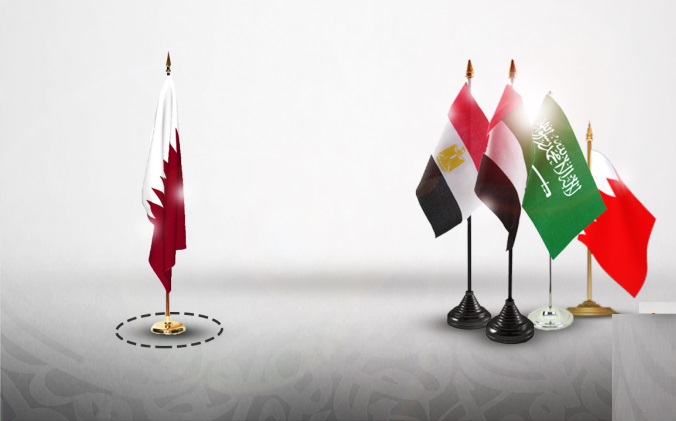 Egypt has welcomed Kuwait’s efforts to heal the rift with Qatar, according to Egyptian Ministry of Foreign Affairs Spokesperson Ahmed Hafez.

Speaking on Tuesday in response to press questions regarding the ongoing crisis with the Gulf state, Hafez added that Egypt always puts utmost importance on the preservation of Arab solidarity, stability and security.

He emphasised Egypt’s appreciation for the continued efforts made by Kuwait to heal the Arab rift, and settle the crisis that started three years ago between Qatar and the Arab Quartet countries.

On 5 June 2017, Egypt, Saudi Arabia, the UAE, and Bahrain cut their diplomatic and travel ties with Qatar. The governments of the four countries accused Qatar of supporting terrorism, seconding Iran, and disturbing the region’s security and stability, charges that Doha denies.

Kuwait is playing a key role as a trusted mediator for all parties, since the eruption of the crisis, with the US also playing an important role in reuniting the Gulf region to face Iran.

Recently, significant progress has been achieved in talks between the parties to the crisis, with a possible settlement to the crisis expected soon.

On Friday last week, Kuwait’s Minister of Foreign Affairs Ahmad Nasser Al-Sabah announced that progress had been made in resolving the crisis between Qatar and Saudi Arabia.

Al-Sabah said that all parties involved in the crisis expressed their keenness to maintain the integrity and unity of the Gulf Cooperation Council (GCC) region. He added that all parties have also affirmed their eagerness to reach a final agreement.

“We hope that these commendable endeavours [Kuwaiti efforts] will result in a comprehensive solution that addresses all causes of this crisis,” Hafez said.

But he stressed the need to guarantee a strict and serious commitment to what will be agreed upon.

The recent Kuwaiti efforts were welcomed by regional powers, including Iran, Oman, Jordan, as well as Doha’s main ally, Turkey.