The light from the inside teaches us to see. This is what the girls at the Donytna Association for the Visually Impaired have been doing, turning what some see as a disability into something that creates beauty, and bucks the social trends. The girls are challenging the darkness of their eyes, and have turned to learning what other sighted people think are the skills of the seeing, learning crafts requiring precision and sight. It is difficult to imagine mastering it in the visually impaired, but they have shown us that even the sky is not the limit, evidenced in their beautiful and intricate handicrafts made from bamboo, the immense beauty of carpets, and accessories.

The girls at the association come from all walks of life. And nothing will bring them down, proven by their learning and mastering skills and crafts that those sighted think need the sense of sight and eyes to master.

They have now themselves become teachers and supervisors at the association, and are passing on their skills by teaching others to create and live life to the fullest. Turning what some might call into a disability into their forte means they can fill their lives with light. 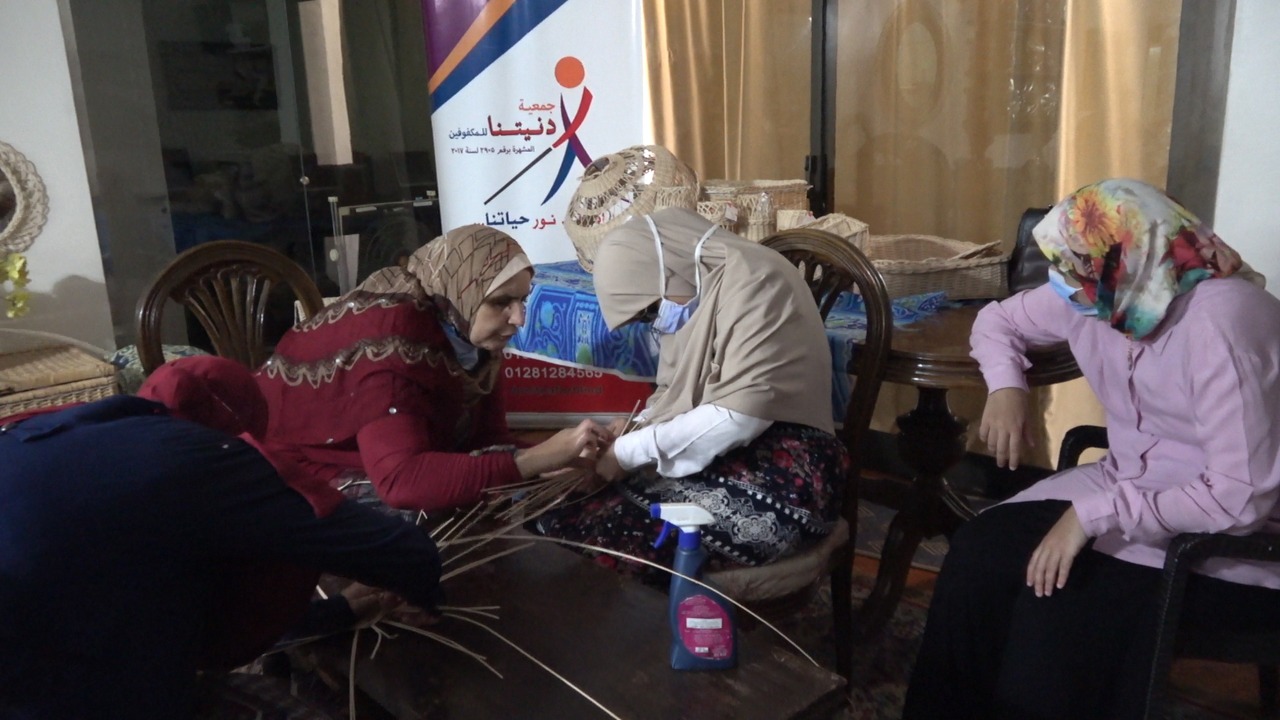 Daily News Egypt travelled to the association, which is located in Alexandria, very much armed with the social constructs associated with people with special needs. Most associate disabilities with misery, need, and want. Instead, we saw a productive, capable, educated, and ambitious society, whose blindness did not stop them from learning and mastery.

Hanan Hasheesh, Chairperson of the Donytna Association, says that she has been working with charities for 15 years to provide services to the needy and people with special needs.

Regarding the association’s interests, she says that it aims to care for the visually impaired by providing a number of specialists. Each individual is carefully prepared for the labour market, with the association also helping them form their own projects that provide them with a decent income to help them live.

The association’s role is not limited to providing financial aid, as is the case in a large number of associations of its type.

Hasheesh indicated that the association has succeeded in collecting donations, part of which has gone to buying a Braille printing machine to offer curricula in Braille format of the Al Nour Wal Amal School for visually impaired and the Alexandria University’s Faculty of Arts for the association’s students. 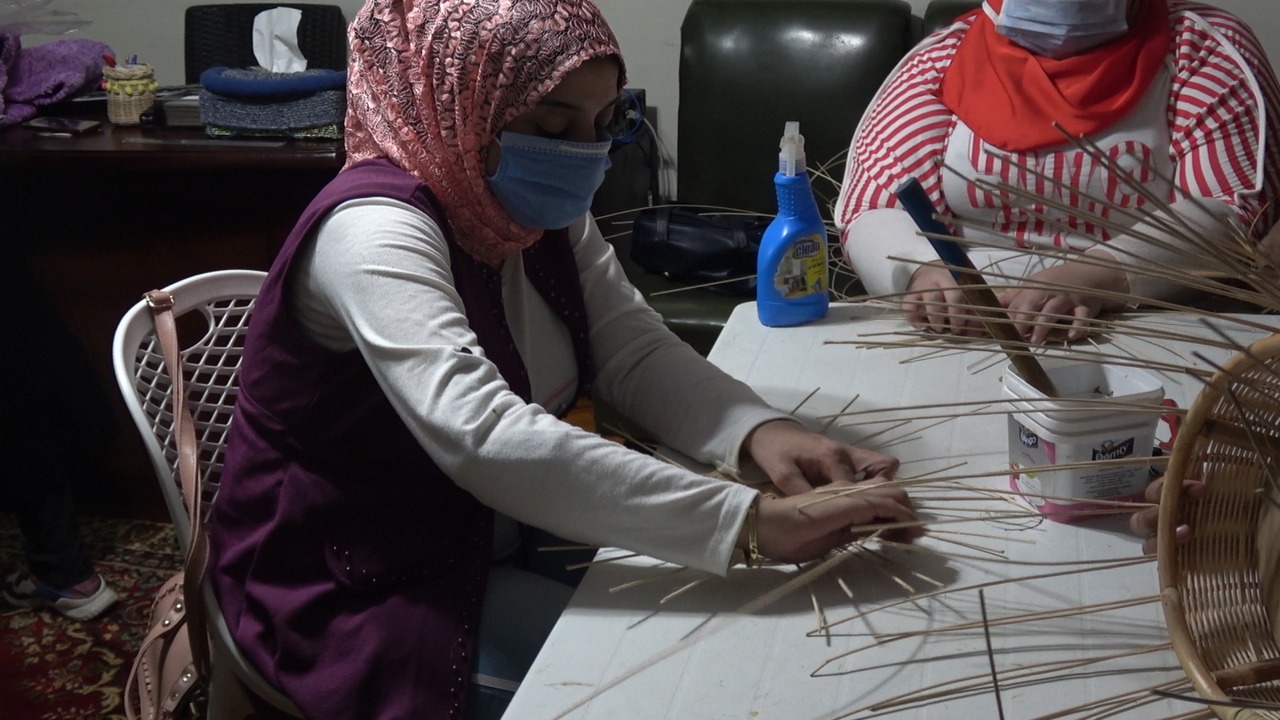 The association also boasts a choir made up of visually impaired singers, which is a pride and joy of Hasheesh who expressed her great happiness with its presence and what it has achieved. The singers have even travelled to Morocco to participate in a music festival.

Asmaa Hanafi, one of the association’s attendees, tells her story and how she lost her eyesight in childhood as a result of illness. Being visually impaired, however, did not prevent her from learning and acquiring new skills.

She succeeded in completing her studies, graduating from the Philosophy Department of Alexandria University’s Faculty of Arts in 2012. She participated in a number of charitable societies until she settled with the Donitna Association for the Visually Impaired. There, she is learning how to use a loom and create accessories. She also said that she has mastered Braille, and has begun to teach it to others.

Amina Bakri came to the association with her daughter, Ghada. Both are visually impaired. Amina began to learn a variety of skills using her hands at the association, and now makes beautiful handmade decorated bamboo objects, whilst Ghada has learned how to make accessories.

Amina says that the place was attractive to her, as it is concerned with serving the visually impaired, in all respects, rather than pushing them aside. She added that Ghada is now fully independent, and has even learned to use computers, alongside taking English courses.

She considers the association her second home, and after retirement from working as a school agent, she began to attend to the needs of her daughter, a graduate of the Faculty of Arts.