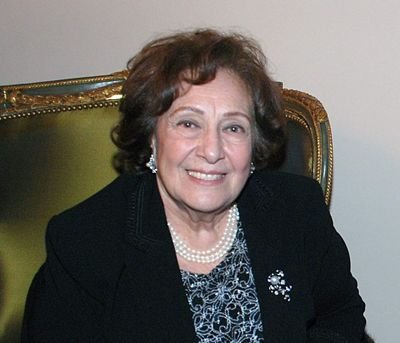 Hassan, who was the Secretary-General of the National Council for Women (NCW), passed away in October at the age of 90, having spent her life devoted to the study of geology.

During her extensive and distinguished career, she carved out a niche for herself as one of the symbols of Egyptian women’s work throughout history. She also made contributions to the role of Egyptian women in society, as well as Egyptian society in general. Hassan also pioneered the role of working women in Egypt, and around the world.

El-Said added that Hassan succeeded in setting an example, and acting as a role model, for Egyptian women, whether it was through studying geology and achieving scientific excellence, to undertaking social, political, and parliamentary work for over half a century.

The minister indicated that Hassan decided to create a place for herself in one of the most difficult fields, geology. She also challenged all circumstances to obtain a scholarship to study in the US, where she would go on to study moon rocks.

It was not just her life in academia that gave her joy, as Hassan also put much effort into helping her general community and enter the workforce. Through her 35 years in parliamentary work, she defended the rights and gains of Egyptian women. She also became the head of the NCW, which has become a beacon of support for Egyptian women.

At the end of her speech, the Minister said, “Today, we are meeting not only to pay homage to the spirit of Dr Farkhonda Hassan, but also to pledge to continue supporting all that she believed in achieving, such as full equality between the sexes, which is one of the most important development goals and one of the most important axes. This includes the Egypt Vision 2030, which we are keen to fully realise during the coming period.”