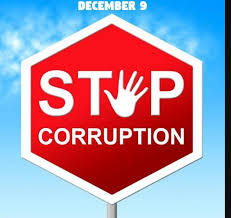 Egypt has reaffirmed its commitment to combating corruption at all levels, in line with its national laws and anti-corruption strategy.

Egypt’s affirmation came in a statement issued by the country’s Ministry of Foreign Affairs on the occasion of the annual International Anti-Corruption Day, which falls on 9 December every year. The day constitutes an important occasion to confirm the rejection of this crime in all its forms and manifestations, and at all levels, as it affects all societies and economies.

In the statement, the ministry also affirmed the country’s commitment to its international commitments, foremost of which is the United Nations (UN) Convention against Corruption. The convention represents the only internationally binding framework for multilateral cooperation for states party to it.

It also has serious repercussions on developing countries in particular, which is an obstacle to achieving sustainable development.

The Ministry of Foreign Affairs statement indicated that the celebration confirms the shared responsibility of all countries towards combating corruption, which is a flagrant violation of peoples’ rights to achieve a better future.

It also works against aspirations towards implementing the UN’s sustainable development goals (SDGs) in line with the 2030 Agenda for Sustainable Development and Africa’s Agenda 2063, which requires building a comprehensive approach.

It includes maximising national efforts and enhancing cooperation and coordination at the regional and international levels. This includes strengthening the frameworks for asset recovery and denying safe havens for the perpetrators of corruption and their returns, which represents a message of deterrence.

With this work being carried out and the confirmation of the collective responsibility to confront corruption, victims will receive a message of solidarity. It aims to guarantee an end to the crime, and fulfils the legitimate aspirations of the peoples as desired.

Egypt has expressed its appreciation of efforts by the UN and the United Nations Office on Drugs and Crime (UNODC) on this, and their support for member states in implementing the UN’s Convention against Corruption.

These efforts will culminate in a special session of the United Nations General Assembly to discuss corruption, which will take place in 2021.

Based on its interest in strengthening international cooperation to combat transnational organised crime, Egypt is currently President of the Tenth Conference of States Parties to the United Nations Convention against Transnational Organized Crime.

Its presidency, which began in October 2020, will last for two years. Egypt will also chair the Ninth Conference for states party to the UN Convention against Corruption, to be hosted in Egypt from 13 to 17 December 2021.