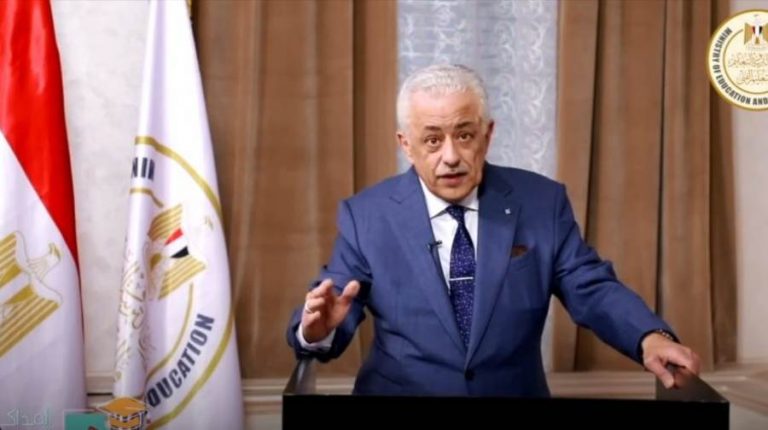 Egypt’s Minister of Education and Technical Education Tarek Shawky announced, on Tuesday, that the ministry will allow secondary school students to repeat exams up to three times to improve their grades.

Speaking during a televised phone interview, Shawky also said that if the student achieves different grades, the ministry will take the students’ highest score as the final grade.

The minister said that after following the Cabinet’s approval of a draft law amending the Education Exams Law for secondary level education, a student’s total grades will be based on those obtained during the three stages of secondary education.

He said that the new system will be applied starting from the next academic year on the student who will join the secondary school’s first-grade.

Shawky also said that the new system will enable students to enrol at the university of their choice, as they will have three chances to improve their grades. He indicated that the ministry’s plan is to link the university enrolment criteria with an advanced evaluation system.

He stated that the ministry began to develop Egypt’s education system in 2018, starting with the provision of tablets to secondary students, as a replacement to the old system of hard books. The minister pointed out that the new system also aims to provide exam questions that that evaluate educational outcomes.

Shawky added that a single subject will have four or five different exams, but with the same degree of difficulty, and which will be distributed to students at random.

For those students who repeat exams more than once, they will now be able to achieve scores of up to 90% rather than the previous 50%.