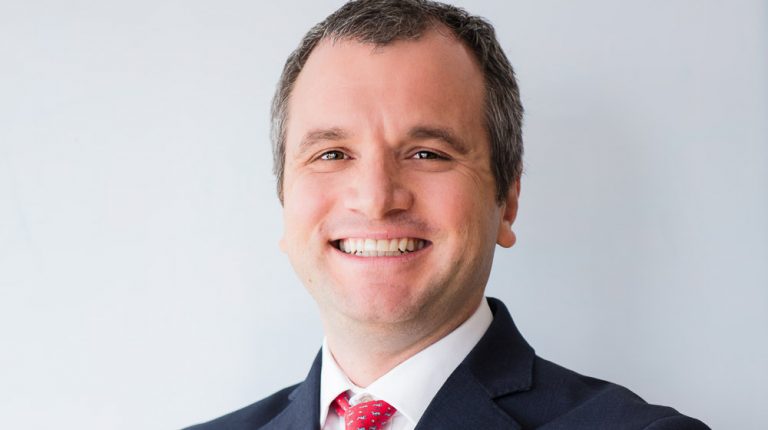 Egypt has achieved a remarkable shift towards renewable energy over the last few years. The country  has the fastest growing economy in the region supported by a young and growing population.

Alcazar Energy, established in 2014 with a focus on renewable energy production, sees the country as a tour de force for renewable and alternative energy production in the region. The company’s footprint in Egypt is visible through the Benban Solar Park, which is set to become the largest solar park in the world.

Daniel Calderon, Co-Founder and CEO of Alcazar Energy, sat down with Daily News Egypt for an interview, in which he said the country’s strong economic fundamentals and successful renewable energy policies and initiatives make it an attractive destination for long-term investment.

During the interview, Calderon also elaborated more on the company’s future plans and projects, as well as the opportunities for investment in the renewable and alternative energy sector.

What are the most prominent projects that Alcazar Energy is currently implementing?

Alcazar Energy has established itself as the leading independent developer and operator of renewable power projects across the Middle East, Turkey, and Africa (META) region since its establishment less than seven years ago.

In this short time, we have successfully developed and financed seven wind and solar projects across Jordan and Egypt, with a total generation capacity of 411 megawatts (MW). This makes us one of the largest operational privately-owned renewable energy portfolios in the region, and ensures we have played an active role in developing the renewable energy framework in Egypt and Jordan.

Our footprint in Egypt is anchored in four solar photovoltaic (PV) projects in the Aswan region that are part of the Benban Solar Park, which is set to become the largest solar PV park in the world. These assets represent nearly two-thirds of our total renewable energy portfolio. They began operations last year, and now collectively contribute 256 MW of solar power (64 MW each) to the Egyptian grid, powering over 180,000 Egyptian households.

Jordan is our second major market, where we developed and now manage the 24-MW Ma’an solar PV project, and two wind farms, Al Rajef (86 MW) and Shobak (45 MW), which recently commenced commercial operations in the Ma’an Governorate of Jordan. All three assets are actively facilitating the Kingdom’s clean energy transition and power over 92,000 Jordanian households.

What we are really proud of is the positive contribution our projects are making to the local economies and communities where we operate. Across both Egypt and Jordan, we have employed over 4,200 workers in construction, with 1,250 from local communities, and have created over 140 jobs in operations with 90 employees from local communities. In an effort to support educational development in local communities, we’ve also implemented capacity building training programmes for over 25 teachers and 220 students at our Benban project. We truly believe in the potential of this region. 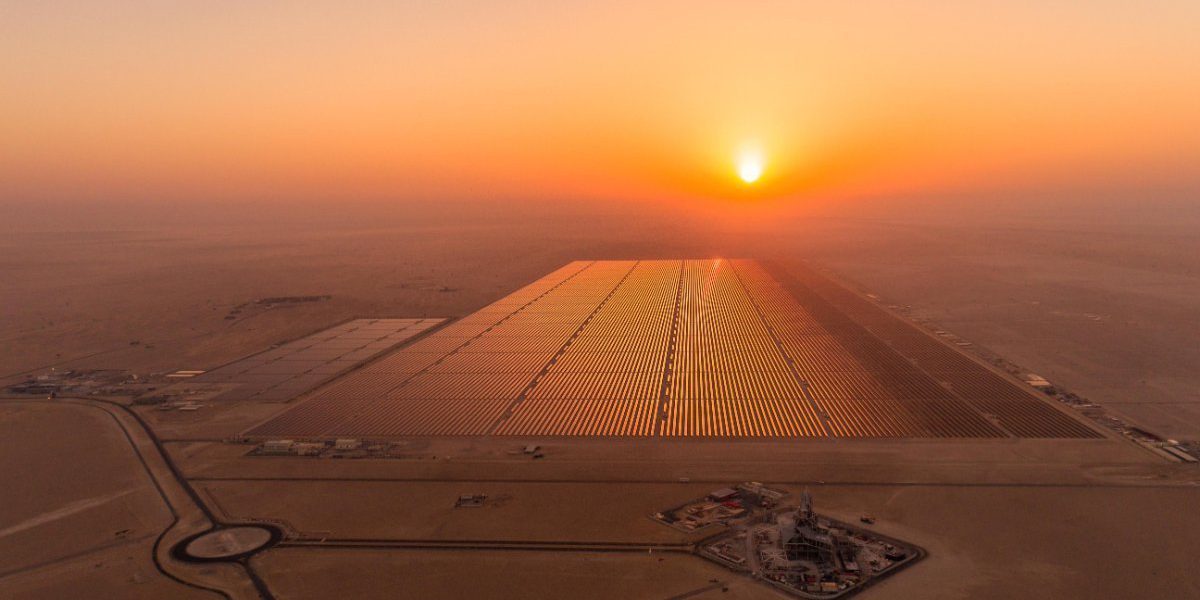 Is the company negotiating new projects?

Our established footprint provides a unique platform to capitalise on future regional growth opportunities. We have a highly disciplined project selection process, applied according to the highest compliance standards, and we are always looking at new projects and partnerships based on their strategic and commercial attractiveness. For example, our seven existing projects were the result of our in-house execution and screening team reviewing more than 250 potential projects.

What is the size of the company’s investments? How much work is going on at the moment?

Alcazar Energy received its Commercial Operation Date certificate for its latest project, the Shobak wind farm in Jordan, last month. The Shobak wind farm has a generation capacity of 45 MW, which is enough to power over 30,000 Jordanian households every year.

The project, which will facilitate the supply of electricity to the Jordanian grid in line with established tariffs, directly supports the Kingdom’s National Energy Strategy to achieve 20% of its required energy from renewable resources by 2025. The wind farm is projected to displace, on average, over 75,000 tonnes of carbon dioxide and save in excess of 130,000 cbm of water annually over its 35-year lifespan.

How has the company dealt with the novel coronavirus (COVID-19) outbreak?

Alcazar Energy has maintained a robust operational performance over the past nine months despite the challenges presented by the COVID-19 disruptions. This demonstrates the superior crisis management skills of our local operational teams, and our commitment to a culture of health, safety, and environmental excellence.

Our Preparedness and Response Plan was quickly implemented to minimise the impact of COVID-19 on operations, which included installing on-site thermal cameras, performing tasks remotely and having local teams working in shifts. We also worked closely with our partners, namely the Aswan Governorate, the Egyptian Electricity Transmission Company (EETC), both in Egypt, and the National Electric Power Company (NEPCO) in Jordan, to keep our plants operational during 24-hour national curfews. This was critically important as they were viewed as essential infrastructure in both Egypt and Jordan.

The granting of the Commercial Operation Date certificate for our latest project, the Shobak wind farm in Jordan, was delayed due to COVID-19 restrictions. However, as mentioned, we worked closely with NEPCO to overcome the challenges that the pandemic presented, the certificate was received last month, and the wind farm is now fully operational.

What is your assessment of the renewable energy sector at the moment?

We are on the cusp of what we expect to be an explosive period of growth for renewables in the META region.  Some of the largest capacity expansions are planned in Egypt, the UAE, Saudi Arabia and Turkey.

The two markets where Alcazar currently operates stand out as highly attractive destinations for investment in renewables. Egypt, for example, is the fastest growing economy in the region, supported by a young and growing population, while Jordan is one of the most geo-politically stable countries in the region with steady economic growth and strong international relationships. Strong economic fundamentals and successful renewable energy policies and initiatives make both countries an attractive destination for long-term investment.

As one of the largest privately owned renewable energy portfolios in the region, Alcazar has been at the vanguard of developing and shaping the META renewable energy industry as it stands today. And as the region’s renewables industry evolves, we expect to see more and more interest from international investors. A good example in this regard is China. As a global leader in renewable energy development, China is well placed to play a major role in the expansion of renewable energy capacity. The attraction for Chinese investors is clear: access to projects with low risk, long-term cash flows built according to world-class operational and ESG standards.

What is your view of investment opportunities in the renewable energy sector?

The renewable energy market in the META region has strong fundamentals, and represents an attractive area to deploy capital. In Egypt, for example, the resource potential for both solar and wind energy is very high. The average direct normal solar radiation ranges between 2,000 and 3,200 kW hours/m2 per year, with very few cloudy days and daily sunshine duration ranging from nine to eleven hours. The country also has wind sites with very high wind capacity factors, with some areas along the Red Sea coast having peak wind speeds of about 12 metres a second.

Capitalising on the region’s shift towards renewable energy, we plan to continue to review opportunities to invest in renewable energy projects across the META region. We are big believers in our ability to deliver innovative and sustainable energy solutions to help drive real change in the region.

Does the company intend to enter new areas or other sectors in the coming period?

Our established regional footprint provides an excellent platform to capitalise on growth opportunities in the existing markets in which we operate, as well as other fast developing renewable energy markets in the META region.

We continue to assess new projects and partnerships based on their strategic fit within our existing portfolio. We are also targeting emerging economies with attractive fundamentals and developed regulatory frameworks, and remain open to exploring investment in potential new projects, should the right opportunity arise.

Is it possible for your company to merge or acquire other companies operating in the renewable energy sector?

Companies operating in the renewable energy sector have long-term fixed price contracts, often with sovereign partners such as the Egyptian government, which generate strong cash flows. This makes them attractive to a range of investors, from large global corporations to regional operators to infrastructure institutions. What is most important is that any owner of renewable energy assets is committed to safety, health, and the environment, and actively supports the communities where they operate.

Is the company planning to sell any of its projects in the current period?

Following the strong performance of our business and substantial interest from third parties, Alcazar Energy’s Board of Directors felt now was a natural time to review all strategic options for the company. This includes a potential green bond and discussions with potential investors and other interested parties.

The review process is progressing well, with substantial interest from blue chip companies and institutions. As one of the largest and most active private renewable power generation players in the region, Alcazar Energy remains in a strong position to drive the growth of renewable energy in the META region.

Who are the company’s lenders for the projects it has implemented?

During its relatively short history, Alcazar Energy has raised and committed capital from 19 internationally renowned institutions, including: the World Bank Group, through the International Finance Corporation (IFC); Mubadala (Mubadala Infrastructure Partners); the European Bank for Reconstruction and Development (EBRD); and highly reputable regional family offices. The company has invested more than $700m in Egypt and Jordan alone.