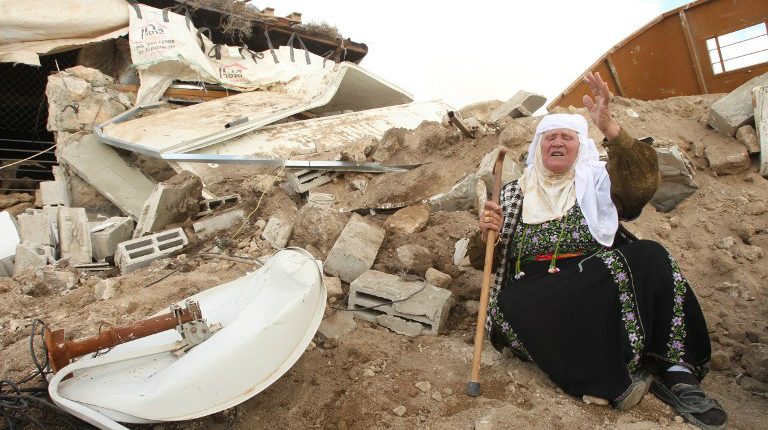 Palestine on Saturday welcomed a fresh report by the UN Office for the Coordination of Humanitarian Affairs (OCHA) on Israeli demolition of Palestinian homes.

On the OCHA report, the Palestinian Foreign Ministry said in a press statement that Israel’s escalation of seizing and demolishing Palestinian homes constitutes “a crime against humanity that the world continues to ignore.”

“This serious escalation falls within the framework of Israel’s open war against the national and humanitarian Palestinian presence in occupied Palestinian territories including Jerusalem,” the ministry statement added.

“This policy closes the door for any opportunity to achieve peace in the region,” it noted.

According to the new OCHA report, Israel demolished or seized 52 Palestinian-owned structures in the West Bank and East Jerusalem, displacing 67 people and affecting 860 others, in the last two weeks.

During the same period, Israeli soldiers shot and killed two Palestinians, including a 13-year-old boy, and injured 206 others, including 10 children, and vandalized or uprooted 500 trees, the UN report said.