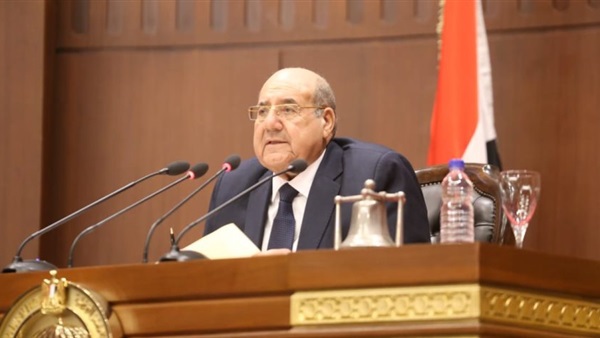 Speaker of the Arab Parliament, Adel Abdel Rahman Al-Asoumi, signed a cooperation protocol with the Egyptian Senate and Cairo University, during a plenary session on Saturday, at the headquarters of the Arab League in Cairo.

Abdel-Razek added that this protocol is based on common values and principles, including consultation, democracy, freedom, brotherhood, equality, justice, and human rights.

Speaker of the Egyptian Parliament, Ali Abdel-Aal, witnessed the signing of the protocol.

He affirmed that Egypt, under the leadership of President Abdel Fattah Al-Sisi, will continue to support the Arab Parliament, in order to promote joint Arab action.

Abdel-Aal expressed his aspiration for an active role for the Arab Parliament in defending legitimate Arab rights, confronting systematic regional interference in the internal affairs of our Arab countries and societies, and combating terrorism in all its forms, and those who finance and support it.

He praised the inauguration of the Center for Arab Parliamentary Diplomacy as an inclusive platform for coordinating Arab parliamentary efforts before international parliaments.

Abdel-Aal also highly valued the Arab Parliament’s decision to establish a joint committee to combat terrorism. He said, “We count on it to strengthen Arab parliamentary efforts in combating this hateful phenomenon.”

Obama names Patterson to key post of envoy to Egypt

Caution required on both fronts