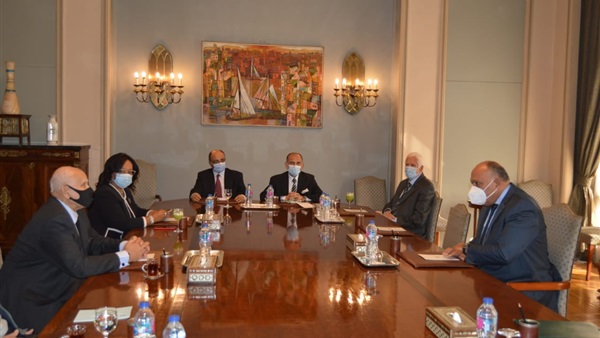 Ambassador Ahmed Hafez, spokesperson for the Ministry of Foreign Affairs, stated that Minister Shoukry expressed at the beginning of the meeting his appreciation for the important role of the Council in introducing consultancy in various foreign policy issues, and communicating with international think tanks and research centres to convey the Egyptian vision regarding these issues.

For his part, Ambassador Zahran thanked the Ministry of Foreign Affairs for its support to the Council and its activities, praising the existing close cooperation between the two sides. He highlighted the most important activities organised by the Council during the past period to address the most prominent Arab, regional and international issues.

Zahran also invited the Minister of Foreign Affairs to participate in the opening ceremony of the next annual conference of the council.

The meeting also included a discussion of the Egyptian vision towards the most important challenges in the region, in addition to the latest developments related to a number of important files, especially the Palestinian cause, the rapid developments on the Libyan arena, the path of the Renaissance Dam negotiations, as well as efforts to achieve peace and stability in the region.