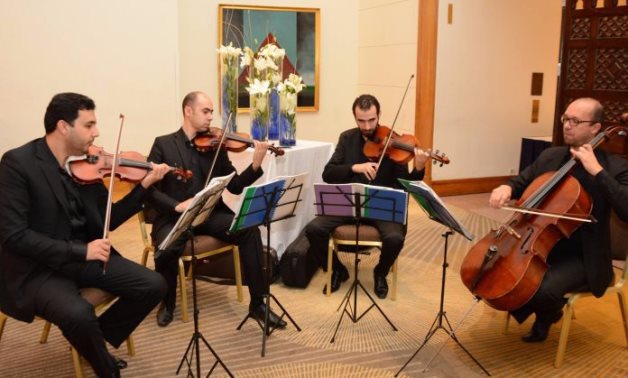 The International Art Center at Manasterly Palace in Cairo, affiliated to the Cultural Development Fund, organised a concert for the “Awtar Quartet” band, last Friday as part of the center’s second season of concerts.

The concert’s programme included the performance of a collection of compositions by major Russian musicians.

The troupe presented several concerts at the Opera House in Cairo and Alexandria, El-Sawy Culture Wheel, Cairo University, American University in Cairo, Bibliotheca Alexandria, in addition to many cultural centres.

The band also performed in other cities, including Mansoura, Tanta, Benha, Damietta, Luxor, and Aswan