Before the invention of digital and 3D printing technology, the world used an old technique called screen printing. This method involves printing ink through stencils that are supported by a porous fabric mesh or any other material stretched across a frame called a screen. The original material used in screen printing was silk. 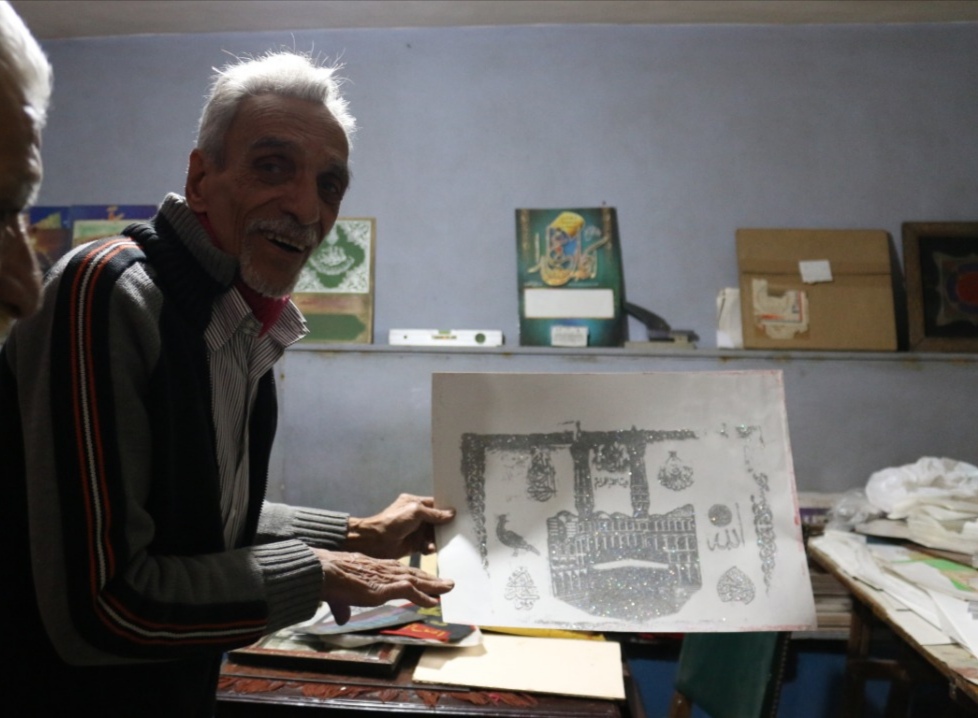 Ezzat Tantawy, 75, is one of a few people who are still working in screen printing in Egypt. He started his career when he was 13.

He told Daily News Egypt that when he was 19 years old, he started with printing covers of gramophone records. The first singer he worked with was the Egyptian legendary singer Umm Kulthum. She is considered one of the greatest Arab musicians.

Fabric and paper are the most used materials in screen printing, but some also use wood, metal, plastic, and even glass.

The basic method involves creating a stencil on a fine mesh screen, and then pushing ink or paint, in the case of artwork and posters, through to create an imprint of your design on the surface beneath.

Screen printing is an effective technique for creating bold canvases, posters, and artwork, but the method can also be used to print on fabrics and textiles, so it’s great for creating all sorts of custom clothing and products.

In order to print a single design, the printer would draw the design he wants to print on paper, then he should use masking tape or vinyl to cover the targeted areas of the screen.

He would paint the stencil onto the mesh using ‘screen blockers’ such as glue or lacquer. Later, He should use a light-sensitive emulsion to create a stencil, which is then developed in a similar way to a photograph.

Tantawy learned screen printing techniques from Armenian Victor Salama and Italian Alexander Rossy in 1957. Six years later, he established his own workshop, in cooperation with his two brothers. They became the leader in printing advertisements at the time.

Tantawy said, “I did not pass on my experience to anyone, but my family.” 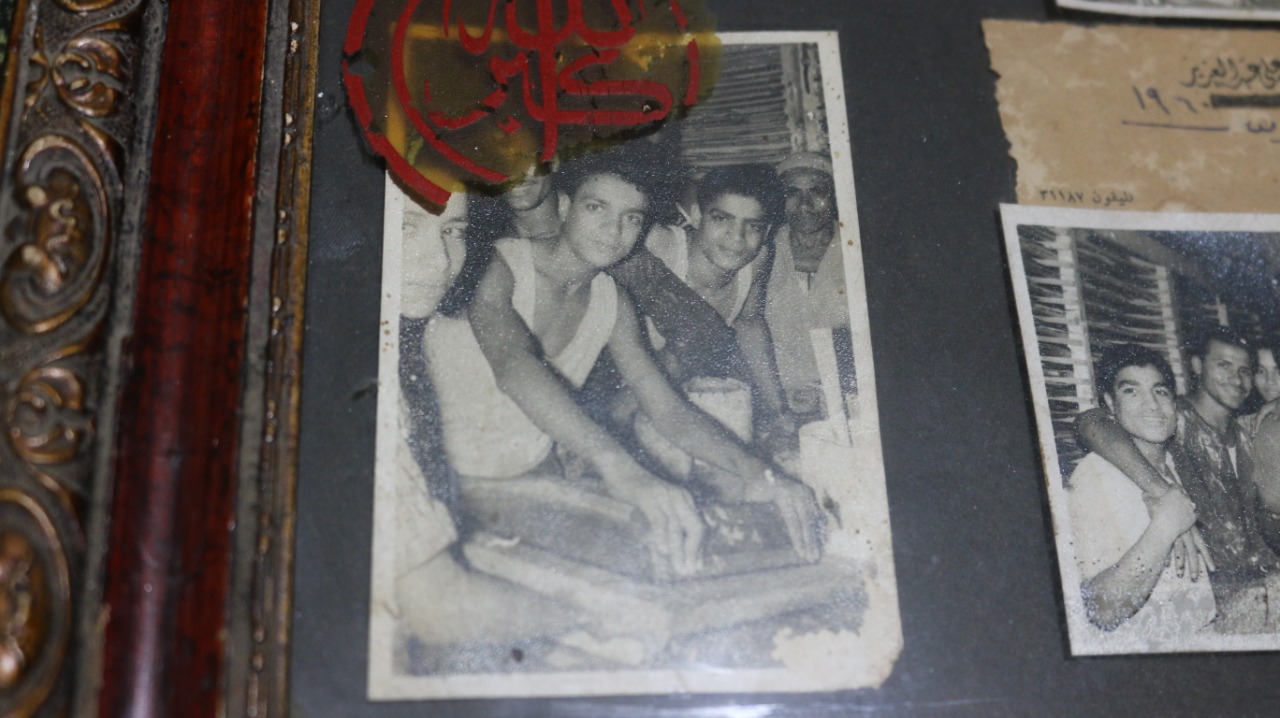 Describing Umm Kulthum, he said, “She was an honourable Egyptian women, as she was the living model of the genuine Egyptian lady,” asserting that she used to come to the singing rehearsal in time which used to start at 10:00. If the composer Mohammed Abdel Wahab was 5 minutes late, Tantawy added, she would cancel the rehearsal.

“I showed her a template for a Gramophone cover, which I had designed specifically for her. She asked me if I could repeat that pattern,” Tantawy said, “When I said of course, she told me then I would give you 100,000 covers to print for me.”

On the cover, there was a painting of Umm Kulthum while she sings and the song was represented by a canary bird as a symbol of the sweetness of her voice.

Designs made using the screen printing technique may use just one shade of ink, or several. In the case of multi-coloured items, the colours must be applied in individual layers, using separate stencils for each ink. Whenever applying a layer with the frame ink, it is left to dry and then can be used for another application. 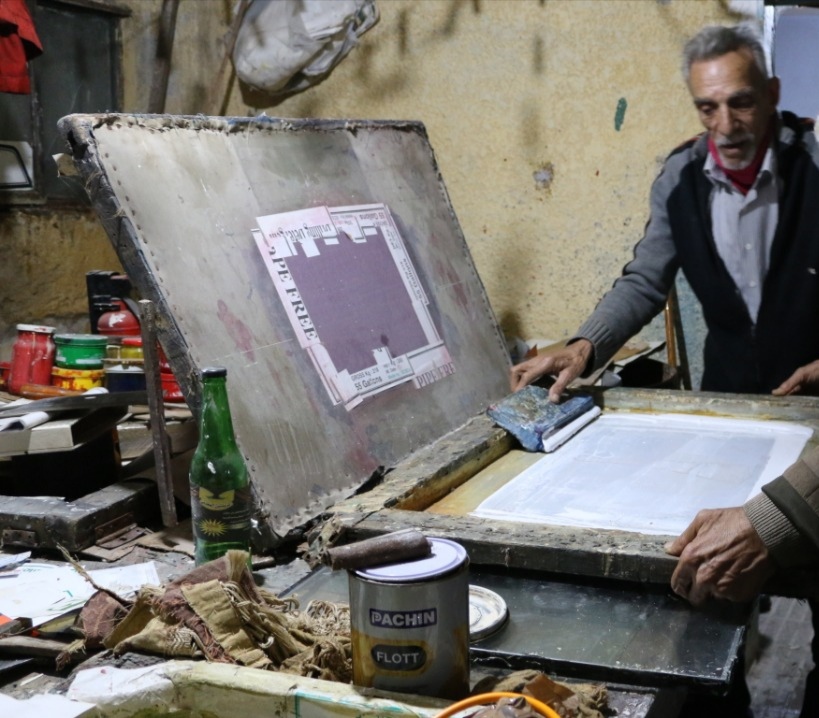 The single painting may take between one day and 12 days to be finished according to the number of colors it contains, he said, explaining that each color takes between six hours in summer and one day in winter to dry.

Tantawy asserted that he should make sure that the first color is dry to start using the second color therefore to finish a 12 color’s painting it may take 12 days in winter.

I used to make the companies give away and gifts, as the silk screen painting used for painting on paper, leather, metal and glass. He added that his workshop used to print Papyrus drawings and students of fine arts colleges would come to his workshop to color those prints.

However the closest works to me was the cover of gramophone records for Umm Kulthum’s songs, as I worked years with her for three years, he added.

In the 1980s he started to print the badges’ and reflecting clothing of traffic officers, those clothes are reflective ones which are made by special paint that can effectively reflect back light rays.

Wearing the reflective clothing enables the driver to find the target at a distance and effectively ensures the safety of the traffic police.

The workshop used to have 10 workers, several painters and calligraphers, including portrait painter, Caricatures artist, and logo designer.

Due to the Digital Revolution during the late 20th to early 21st centuries, the silk screen painting profession started to decline, as the speed, power and versatility of computers have been increasing dramatically, paving the way for digital painting companies.