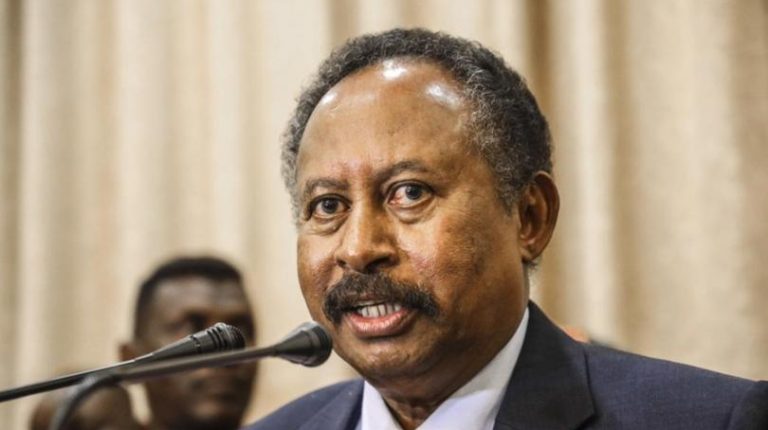 Sudan’s Prime Minister Abdalla Hamdok visited Ethiopia on Sunday to broker a ceasefire deal in the Ethiopian northern region of Tigray, a proposal Ethiopia said was unnecessary as fighting has already stopped.

Hamdok, who was accompanied by Sudanese security officials, conveyed his country’s concerns regarding the clashes between the Ethiopian federal forces and the Tigray People’s Liberation Front (TPLF) along the Sudanese border, Reuters quoted some officials.

Hamdok’s visit concluded shortly, although Ethiopian Prime Minister Abiy Ahmed had earlier announced that it would be a two-day trip, Reuters added.

Fighting erupted at the beginning of November between Ethiopia’s government and the then-governing party in Tigray, the TPLF. Thousands of people are believed to have been killed and more than 950,000 displaced, of whom some 50,000 fled to Sudan, according to UN estimates.

Ahmed welcomed Hamdok, and later tweeted that he and the Sudanese delegation had good discussions, “during which we reached an understanding on various issues that will further augment cooperation between our two countries.”

Hamdok and Ahmed also agreed to hold a meeting of the Intergovernmental Authority on Development, an East African regional bloc that Hamdok currently chairs, the Sudanese cabinet said in a statement.

Also, on Sunday, Sudan’s government announced that Hamdok and Ahmed agreed to resume negotiations within the next week over the Grand Ethiopian Renaissance Dam (GERD), an issue that has caused tensions between the two countries.

The new round of talks come after Sudan decided to boycott the recent dam negotiations between Khartoum, Cairo and Addis Ababa, stressing the need to change the negotiation methodology to make a breakthrough that would allow progress in talks through showing a great reliance on African Union experts.