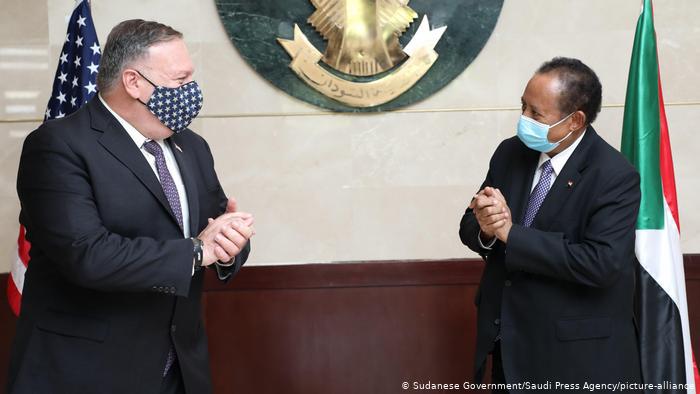 The US Embassy in Khartoum said, on Monday, that the US has officially removed Sudan from its state sponsors of terror list.

“The congressional notification period of 45 days has lapsed and the Secretary of State has signed a notification stating rescission of Sudan’s State Sponsor of Terrorism designation is effective as of today (December 14),” the embassy said in a statement.

The US Department of State said, “This achievement was made possible by the efforts of Sudan’s civilian-led transitional government to chart a bold new course away from the legacy of the Bashir regime and, in particular, to meet the statutory and policy criteria for rescission.”

The designation of Sudan as a State Sponsor of Terrorism dates back to 1993.

The latest move will help Sudan improve its damaged economy, and receive much needed international aid and loans, as the designation has been largely damaging for Khartoum.

Chief of Sudan Sovereignty Council, Abdel Fattah El-Burhan, congratulated the Sudanese people on the news, saying that this great work is a result of the Sudanese people’s efforts and it has been achieved with the spirit of Sudan’s December Revolution.

Moreover, Sudan’s Prime Minister Abdalla Hamdouk said that this achievement will contribute to accelerating economic reforms, attracting foreign investments, and creating new job opportunities for the youth, among other advantages.

Earlier on October, US President Donald Trump announced that his country will remove Sudan from the terror list once Khartoum pays $335m to US victims of terror and their families.

Only a few days after Trump’s announcement, Sudan agreed to normalise ties with Israel in a US-brokered deal.

Unlike the UAE and Bahrain which also signed peace deals with Israel, Sudan took part in wars against Israel in 1948 and 1967.

Last week, Morocco has become the fourth Arab League country to agree to normalise ties with Israel. As part of the deal, the US has agreed to recognise Morocco’s claim over the disputed Western Sahara region.