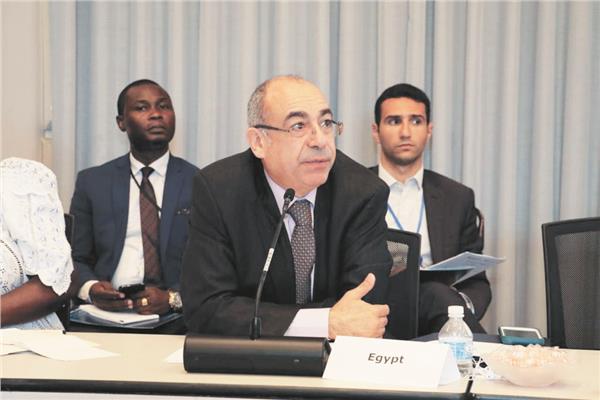 Egypt has been re-elected as member of the United Nations Peacebuilding Commission (PBC) for 2021/2022. Egypt maintained its PBC membership after obtaining 170 votes in the elections held by the UN General Assembly on 14 December. The election witnessed strong competition for five seats in the commission.

Ambassador Mohamed Idris, Egypt’s permanent representative to the United Nations in New York, said that Egypt’s PBC membership renewal with the largest number of votes confirms its pioneering role in the field of peacebuilding, and reflects the international community’s confidence in Egypt’s ability to continue its distinguished contributions in this area.

He added that Egypt played an active role in the establishment of the PBC in 2005. It is composed of 31 member states, which gather in two main fora: an Organizational Committee, and country specific Configurations, one for each country that is currently part of the PBC’s agenda.

Egypt has since enjoyed a semi-permanent membership in the Commission, which created a rich legacy and extended support for peacebuilding efforts in the world, especially in Africa.

Idris noted that Africa has always been at the top of the Egyptian agenda in the Commission. He also referred to Egypt’s initiative – during its presidency of the African Union in 2019 – to launch a process to revive and activate the “African policy for reconstruction and development in the aftermath of conflicts”, to ensure that it keeps pace with the current international context.

He added that Egypt chairs the African Peacebuilding Assembly in New York, which was able to formulate a unified African position regarding the governmental review process of the United Nations peacebuilding structure, the outcomes of which are currently being negotiated with the organization. Egypt leads the promotion of African interests during these negotiations.

Idris affirmed Egypt’s determination to continue its vigorous efforts to develop the UN peacebuilding structure and to secure the necessary support for countries emerging from conflicts and affected by them, especially on the African continent.