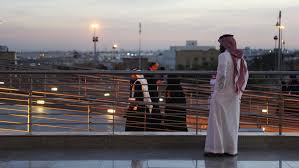 An investigation carried out by Egyptian authorities revealed that the outlawed Muslim Brotherhood has a plot in the Gulf region and that the group has deployed “very dangerous elements” there, Saudi news website Al Arabiya reported, citing officials.

No official confirmation has been issued yet from Egypt regarding this investigation.

Authorities in Egypt have informed several Gulf countries with “sensitive information of the Muslim Brotherhood members’ movements,” and that the members of the outlawed group left Kuwait in coordination with Turkey, according to Al Arabiya.

Investigations also referred that the Brotherhood has penetrated the Arab communities in Europe.

The group has been labelled “outlawed” in Egypt and other allied countries, such as the UAE and Saudi Arabia.

Kuwait authorities have previously conducted a number of handovers of terrorism-charged Muslim Brotherhood members to Egypt.

In an interview with French newspaper Le Figaro, during his visit to Paris last week, Egypt President Abdel Fattah Al-Sisi warned from the Muslim Brotherhood.

He said that the group’s penetration into the activities of charities, its affiliated armed terrorist groups and their interference in institutional political circles; all represent “an existential threat to states.”

He added that the Muslim Brotherhood uses religion to justify the universality of their vision.