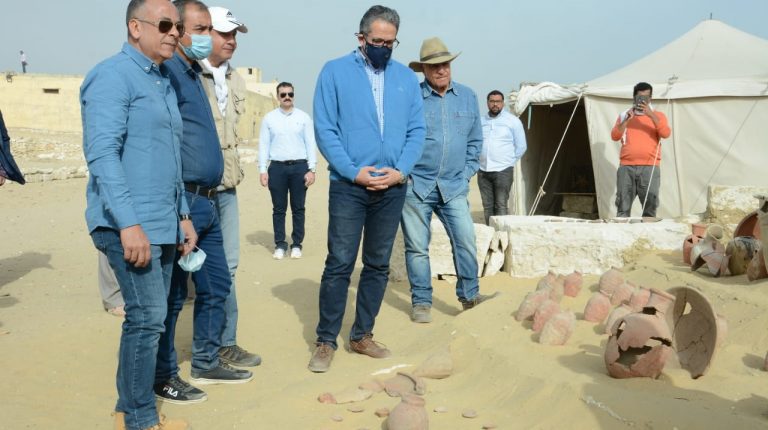 Khaled Al-Anani, Minister of Tourism and Antiquities, inspected, on Monday, the excavations of the Egyptian archaeological mission working next to the pyramid of King Titi I in the Saqqara Necropolis. 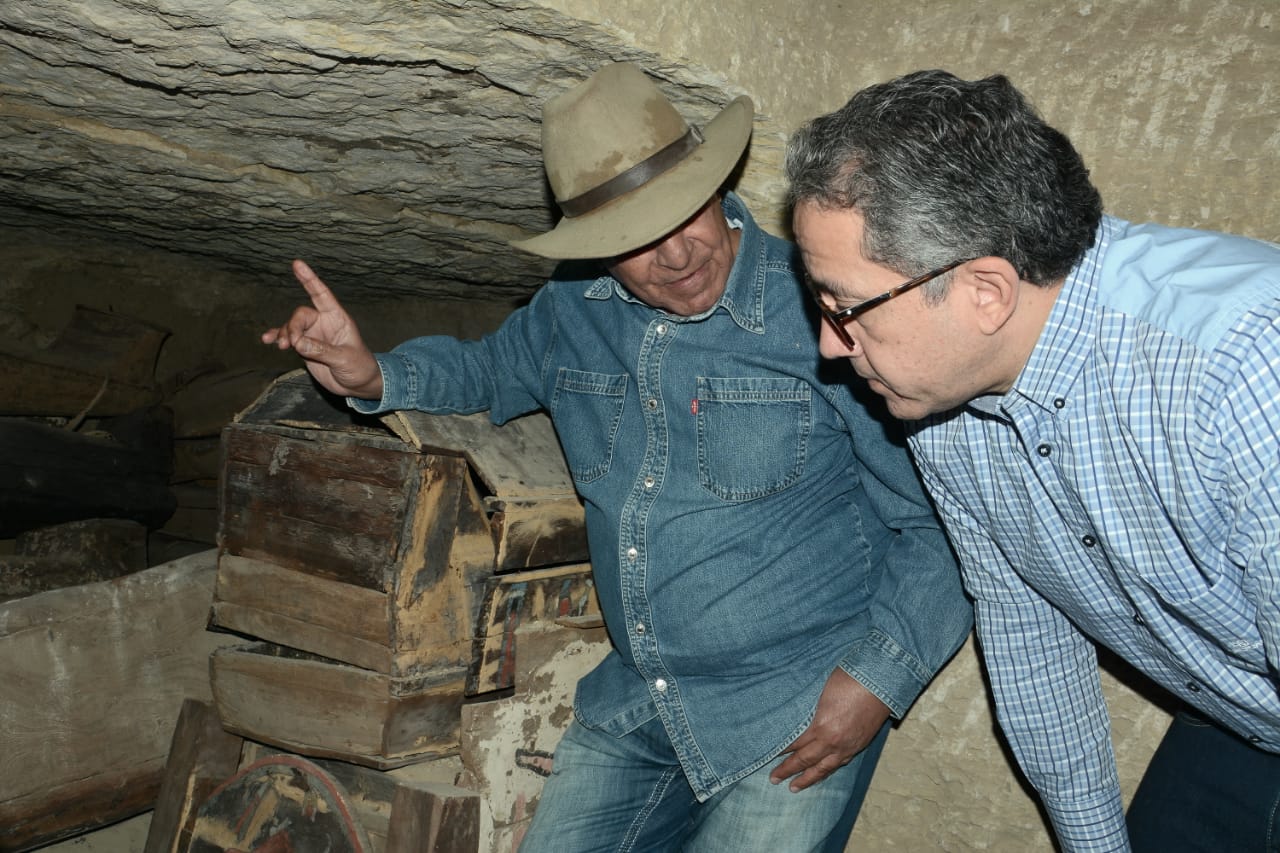 The Minister was accompanied by Zahi Hawass, former Minister of Antiquities, and Mostafa Waziri, Secretary General of the Supreme Council of Antiquities.

The archaeological mission, led by Zahi Hawass, has discovered burial shafts with coffins and several artefacts from the New Kingdom.

Hawass confirmed that this discovery, which will be announced early next year, will shed light on a mysterious part of the history of Saqqara, of which we know little. It will also unveil the secrets of the necropolis of the 18 and 19 Dynasties.

The Minister thanked Hawass and his team for the efforts they are exerting to reveal secrets of Saqqara.