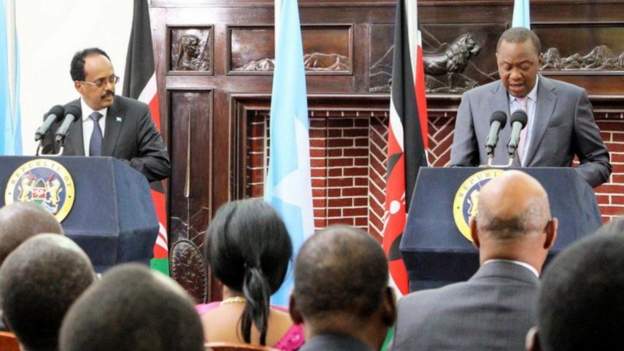 “The Somali government, on the basis of its sovereignty, international law and order, and fulfilling its constitutional duty to safeguard the unity, sovereignty and stability of the country, has decided to sever diplomatic relations with the Government of Kenya,” Dubbe said in a speech broadcast live on Somali state television.

The minister said the move was taken in response to the ongoing political aggression by the Kenyan government against Somalia’s independence.
Nairobi has yet to react to Mogadishu’s move.

The latest diplomatic spat between Somalia and Kenya began on Nov. 29 when Somalia expelled Kenya’s ambassador and recalled its own envoy from Nairobi.

Kenya’s Ministry of Foreign Affairs then said in a statement that Kenya respects and upholds the cardinal international principles of self-determination, sovereignty, political independence, and territorial integrity of all countries, and in particular those in Africa.

Somaliland seceded from Somalia in May 1991. However, the Somali government insists that Somaliland is part of its territory.