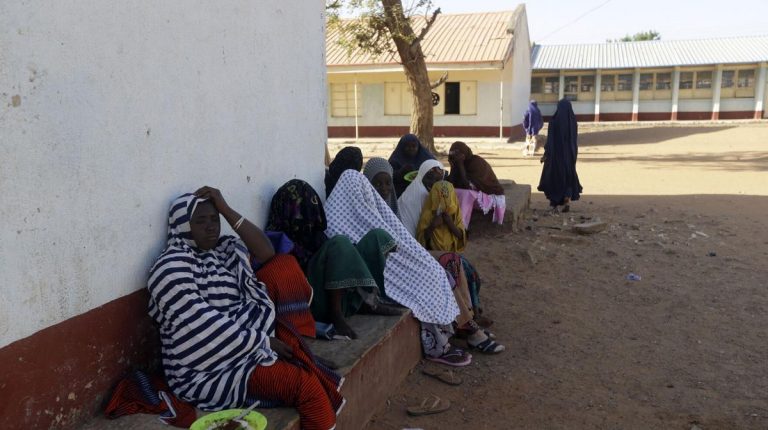 A total of 333 students from the Government Science Secondary School remain missing after the Friday night attack by gunmen on the boys’ school.
In an audio message, a man identifying himself as Boko Haram leader Abubakar Shekau claimed that the group is “behind what happened in Katsina,” local media reported.

Katsina State Governor Aminu Masari on Monday confirmed that government negotiators are already in touch with the kidnappers, but he refused to disclose details of the negotiations as the authorities were trying to protect the victims and secure their release.

In response, the national union of Nigerian teachers on Tuesday threatened to down tools over recent attacks on schools, including Friday’s abduction of students in the country’s northwestern state of Katsina.

Recent attacks have posed a threat to the lives of teachers and students, the Nigeria Union of Teachers (NUT) said in a statement, in response to the attack on the Government Science Secondary School in Kankara, in which more than 300 students went missing.

The latest attack in Katsina “sent shivers through the spine of other members” of the union in the academic community, the union noted.
On Dec. 1, the headteacher of a primary school in the southern state of Edo, identified as Alu Ola Paul, was kidnapped by gunmen on his way to work and released six days later, said the NUT.

On Dec. 8, two female teachers at a secondary school in the Effurun area of the oil-rich Delta State were also allegedly kidnapped within their school premises by armed bandits and have yet to be released, the teachers’ union recalled.

“In light of these recent developments, the NUT may be compelled to down tools, pending when it is safe for our members to teach and guide our pupils and students without fear of abduction by these faceless enemies of educational prosperity of the Nigerian nation,” said the statement.
Meanwhile, the NUT called on the government at all levels to ensure adequate security and 24-hour surveillance around schools.

“These incidences are sad reminders of previous ugly events in Chibok and Dapchi, where Boko Haram terrorists had attacked and abducted students, creating a monumental disruption of school activities and impeding our nation’s educational growth and advancement while subjecting family members and relatives to unimaginable trauma,” the NUT said.