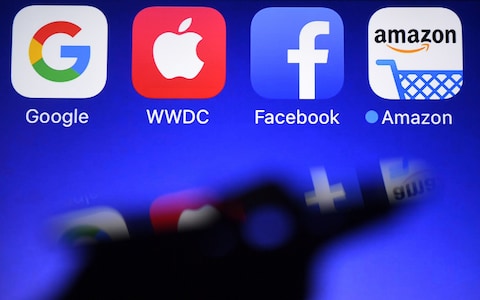 The European Commission unveiled two proposals on Tuesday to rein in tech giants — Google, Facebook, Apple, and Amazon — that have the potential to distort online competition or infringe customer rights with their entrenched position on internet services.

By proposing the Digital Services Act (DSA) and Digital Market Act (DMA), the commission updated for the first time the online regulation of the European Union (EU) since the e-Commerce Directive was passed in 2000.

Under the DMA, virtual platforms of more than 45 million monthly active end users or 10,000 yearly active business-users in the EU are considered “gatekeepers.” These are platforms that will have more responsibilities to ensure a fair online environment for businesses and consumers.

A company also needs to generate an annual turnover of over Є6.5bn euros ($7.93bn) in the European Economic Area for three years, or holds an average market capitalization of no less than Є65bn in a year before it is identified as a gatekeeper, according to a commission document.

According to the new act, gatekeepers are not allowed to block users from un-installing any pre-installed software or apps, to use data obtained from their business users to compete with them, or to restrict their users from accessing services outside of the gatekeepers’ platforms.

The DSA introduces rules for online players to remove their illegal goods, services or content, and to provide enough transparency in advertising and algorithms used to recommend content to users, among others.

“The two proposals serve one purpose to make sure that we as users, as customers, businesses have access to a wide choice of safe products and services online, just as well as we do in the physical world,” said Margrethe Vestager, the commission’s executive vice-president for a Europe fit for the digital age, at a press conference.

The DSA and DMA have been widely anticipated by stakeholders within and outside of the EU. The commission first announced its will to reshape the existing regulation in 2019. Two public consultations regarding the twin acts were made in summer 2020. (1 euro = $1.22)

Tech giants including Google, Apple, Amazon, Facebook and others could face hefty penalties for violating the rules.

Following the announcement on Tuesday, US internet giant Google criticized the draft legislation, saying it appeared to target specific firms.