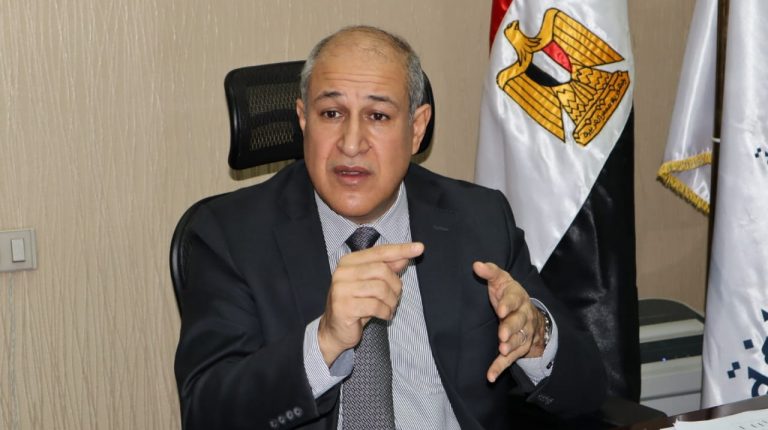 Egypt’s General Authority for Land and Dry Ports prepares an integrated plan to establish eight dry ports and five logistics zones across the country, and linking them to railways.

The authority’s strategic vision for 2021 includes two axes. The first axis focuses on the human element through training courses and selecting the distinguished cadres to work in land ports. The second axis is to facilitate movement within ports, whether for individuals or goods.

Daily News Egypt sat down with Amr Ismail, Chairperson of the General Authority for Land and Dry Ports, to learn more about the authority’s new projects.

What are the latest developments regarding the 6th of October Dry Port?

We are preparing to sign the establishment contracts for the 6th of October Port with the winning coalition in mid-December with investment cost of $176m.

A company was established to manage the project. The winning coalition comprises ElSewedy Electric, German DB Schenker Egypt, and 3A International Group.

The port’s area is estimated at 100 feddan, and its capacity is expected to reach 720,000 containers annually. 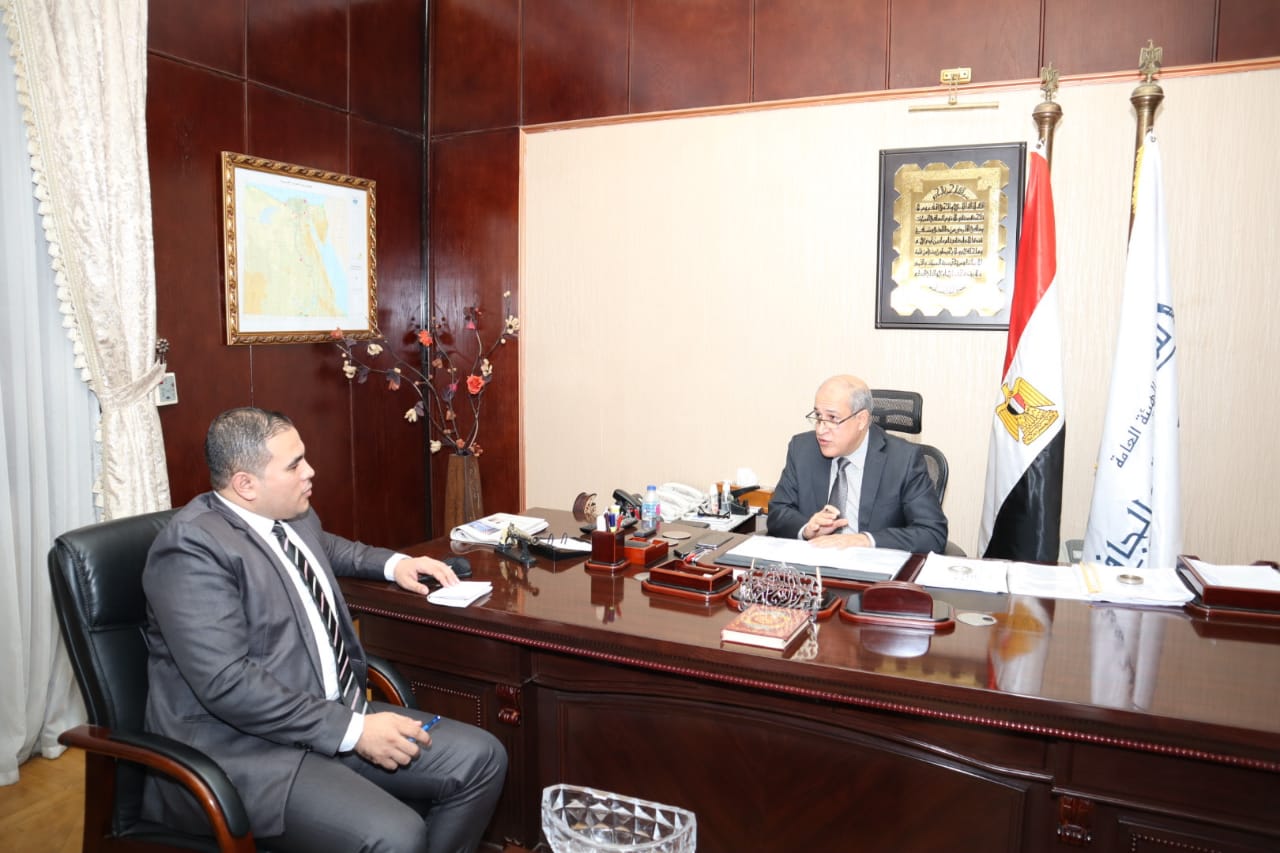 What is the volume of the 6th of October Port’s expected revenues after reaching its full capacity?

We aim to achieve the highest possible revenues from the 6th of October Port, when it operates at full capacity.

When will the authority receive the first installment of the loan directed for the project?

The first installment of the project’s financing loan is expected to be disbursed by the end of the year. The European Investment Bank financed the feasibility study of the project along with other Egyptian banks.

The authority will hire Egyptian professionals and trained workers and engineers to supervise the implementation of the dry port.

When is the tender for the 10th of Ramadan Port?

The authority will start receiving bids for the construction and operation of the 10th of Ramadan Port and its logistics center, on a total area of ​​250 feddan, in the second half (H2) of next year.

The economic and environmental feasibility study of the project has been completed through the Dutch advisory office MTPS with a grant from the European Investment Bank estimated at $400,000.

Have any coalitions already applied for the tender of 10th of Ramadan Port?

Many coalitions have expressed their desire to establish and operate the port, including AP Muller Capital, the investment arm of Maersk Global Line, in addition to an Egyptian-Italian-Chinese alliance that includes Samcrete and Interporto, which is one of the largest companies that manage ports. Dubai Ports Coalition and the Egyptian-Kuwaiti Company alliance have also expressed their interest.

What is the importance of the 10th of Ramadan Port?

This project aims to serve the industrial zones in the tenth of Ramadan, Badr, Ain Sokhna and East Port Said, in addition to serving the new administrative capital and linking the project to the railway network to reach sea ports for the transport of goods.

The 10th of Ramadan Port and its logistic center will raise the efficiency of the Al-Adabia Sokhna’s railway link and Robikki – 10th of Ramadan – Belbeis link, in order to serve a number of industrial zones and facilitate trade movement.

How much of the Sallom land port was implemented? How much is its investment cost?

He added that the development of the port was based on the directives of President Abdel Fattah Al-Sisi, with the aim of improving the Egyptian Western entrance into Egypt, in addition to supporting the port for the reconstruction of Libya and providing it with all food commodities and all its basic needs in the coming period.

A one-stop-shop system will be implemented in the port to facilitate procedures for exporters, importers and individuals transiting as individuals through the electronic prepayment process of fees, vehicles and goods, one day before their transit.

What is the authority’s plan to automate all land ports in the current period?

The authority is working on automating all land ports. This includes three ports, namely the port of “Qastal, Warqin and Taba” as part of the authority’s investment plan at a cost of EGP 20m, in cooperation with the Integrated Solutions Company.

Rafah and Al-Awja ports will be implemented at an estimated cost of EGP 20m as part of the investment plan for the current fiscal year, but they have not been offered yet.

The authority aims, during the coming period, to dig water wells near all land ports, in addition to desalination plants, as an additional service for the ports to complete the services provided.

How many individuals and vehicles pass the authority’s toll gates in 2020?

About 2.6 million people have passed through the authority’s toll gates, along with about 500,000 vehicles until November.

What is the cost of connecting utilities to ports, and the rates for implementing each of them so far?

The authority contracted with the Ministry of Housing to connect facilities to a number of affiliated ports at a cost of EGP 1.2bn, and a study on the remaining ports is being conducted.

An additional EGP 514m had been allocated during the last period to connect utilities to Damietta Port. Coordination took place with the Ministry of Finance to schedule the payment of that cost over a period of five years without increases or interest.

All utilities have been connected to Sohag dry port only. The authority is working to speed up completion of the utilities of the 6th of October Port to be handed over to the winning coalition, as the implementation rate has reached 80% so far at a cost of EGP 512m.

The rate of the implementation of facilities is progressing well in various other ports that are intended to be inaugurated during the coming period, because the authority is working in parallel to complete the largest number of investment projects possible.

What is the authority’s plan to conduct feasibility studies and sign protocols for various dry ports during the current period?

The authority aims to conduct studies for all dry ports, as a memorandum of understanding was signed to conduct feasibility studies for Damietta Dry Port with the “El Didi Group – Gama Construction” coalition.

This coalition aims to establish a fast electric railway line from west Port Said to the new port of Abu Qir in Alexandria, passing through Damietta dry port.

The terms of the Memorandum of Understanding included that before signing, the coalition contracted with an operator to ensure the success of the port’s operation. Indeed, the Egyptian alliance signed a contract with the Holding Company for Land and Maritime Transport and Damietta Container& Cargo Handling Company before signing the memorandum of understanding with the authority.

What is the value of the grants obtained by the authority to train professionals and conduct studies for dry ports?

The authority obtained approval from the European Investment Bank to provide a non-refundable grant to train professionals in the authority at a value of $700,000. This grant will be disbursed next year to the advisory offices that will be supervising the training. The training will include logistical training, as well as legal training for individuals who will be handling and editing contracts.

The authority has coordinated with the European Investment Bank and the European Bank for Reconstruction and Development to provide grants to conduct feasibility studies for the establishment and operation of all remaining dry ports. The total grants obtained so far amounted to about €2.4m.

Since the beginning of the COVID-19 pandemic in March, until now,the authority has not requested support from the initiatives put forward by CBE to bridge a financial gap, whether for salaries, expenses or investment projects implemented by the authority; instead, it achieved a large surplus.

What is the importance of future dry ports and their role in contributing to eliminating waiting lists?

New dry ports will provide space on the berths in sea ports. This will contribute to the speed of unloading without waiting or bearing costs of additional fines. The authority seeks to eliminate waiting time in the ports, which will be reflected in the final goods and their lower price. This will result in a competitive advantage for Egyptian products among importers and exporters, locally or abroad.

Moreover, during the selection of places where dry ports are planned to be implemented,several things are taken into consideration, like making these ports close to the surrounding industrial areas in order to serve the investment development process. The aim of that is to create a logistical integration between the two sides.

The dry port has many advantages. It is considered an area of ​​arrival and movement of cargo. When cargos are imported, they get inspected at the dry port by all bodies, such as the General Organization for Export and Import Control (GEOIC), the Central Administration of Plant Quarantine, and other supply points.

What are the steps for transporting goods from sea ports to dry ports to reduce release time?

Exporters complete all procedures inside the dry port, and then head to the sea port, where the goods are loaded onto the boat and departed without any other procedures.This contributes to reducing many fines estimated at millions of dollars on the importer. Furthermore, the average logistic cost of the commodity in all countries makes up 6% of its price, while in Egypt it’s 30% of the commodity’s value as a result of fines and floors.

What are the Authority’s aspirations for the new customs law seen in the one-stop shop and the white list?

The national project to modernize and automate the customs system in all land, sea and air ports according to global experiences enjoys great support and close follow-up by the political leadership. It is intended to complete the operation of the one-stop shop system in the largest ports across the country next year.

The technological infrastructure of the logistics centers should be strengthened to ensure the sustainability of the overall quality of the one-stop shop system. Moreover, it’s important to continue specialized training courses for workers to raise their efficiency in a manner that contributes to achieving the desired goals of this advanced system.

He pointed out that there is a so-called “white list” system to accelerate the procedures of the committed companies without restrictions, as their number reached 150. This system aims to pre-release cargo.

What is the target to reduce the customs release time for goods in all ports?

The government aims to reduce the customs release time to two days or one day only for the next period. The new system of a single committee, which opens containers only once, in the presence of all supply parties to release it in the shortest time possible, will contribute to reducing fines for the importer.

The system expected to be implemented is calledPre-information and Risk Management Committees, will be a strong system that sends all information about a shipment, its type, size and source before it leaves and its place. This information enables the state to decide whether to send the shipment or not.