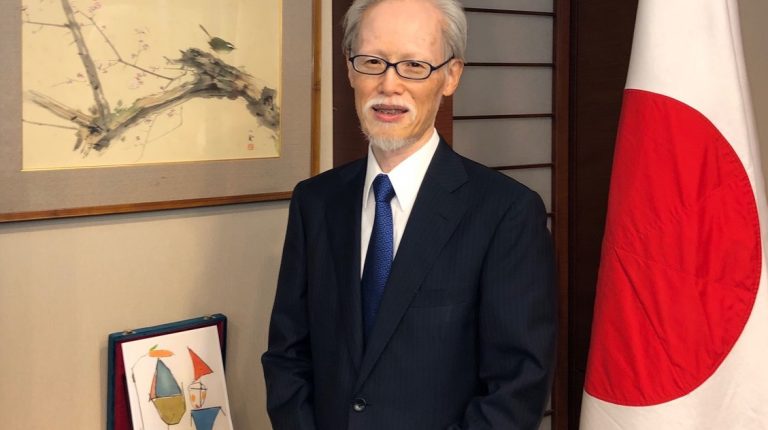 Ambassador Noke paid most sincere tribute to the Egyptian peacekeepers, praising their devotion to the noble cause of international peace and stability by extending a helping hand to their brother African country Mali, and wished for their successful mission and safe return.

Ambassador Noke’s participation came in light of the deep cooperation between Japan and CCCPA through partnership with UNDP since 2008 with a total financial contribution of 11.2 million dollars and dispatching 15 Japanese lecturers. This relation witnessed another momentum this year by signing a cooperation project “Consolidating Peace, Security and Stability in Africa–VI (2020-2021)” to promote peace, security and stability in Africa.

After completing its African Union Presidency, “the Cairo Roadmap” continues to be a key international guideline with its recommendations to support the UN Secretary General’s Action for Peacekeeping (A4P) and to preserve the interests of African countries, where majority of UN peacekeeping operations are conducted. Meanwhile, Japan announced at the TICAD7, co-chaired by President Al-Sisi and then Prime Minister Abe in August 2019, its New Approach for Peace and Stability in Africa (NAPSA), respecting the African ownership and looking for the resolution of conflicts by addressing their root causes.

Japan recognizes Egypt’s role as a major driver in enhancing peace, security and stability in Africa, and is willing to go forward with its cooperation with CCCPA and UNDP to participate in preserving peace and stability in the African continent.