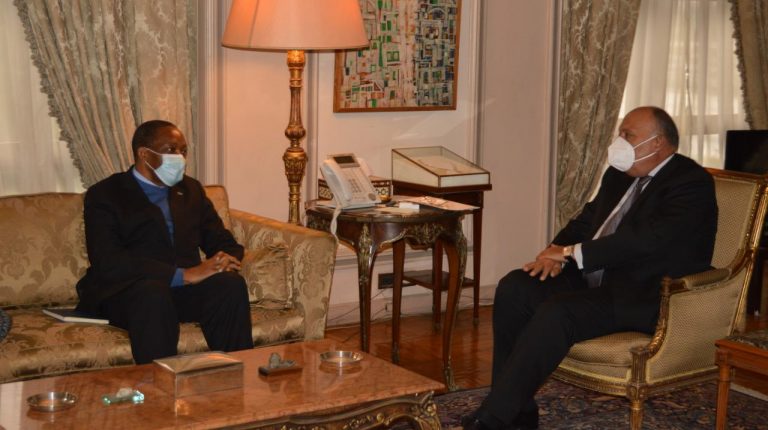 Ambassador Ahmed Hafez, spokesperson for the Egyptian Ministry of Foreign Affairs, stated that the meeting comes within the framework of the Congolese side’s preparation for its next AU presidency, and its keenness to benefit from the Egyptian experience in this regard, as Egypt led the pan-African bloc in 2019.

Both officials discussed ways to support the upcoming Congolese presidency of the AU in all fields, and the possibility of training Congolese cadres on various related issues, such as organising ceremonies and conferences. Shoukry stressed Egypt’s readiness to aid DR Congo during its AU presidency in light of the excellent bilateral relations between the two brotherly countries.

Hafez concluded his remarks by referring to Shoukry’s emphasis on the importance of increasing coordination between the AU members to achieve concrete and specific results to advance joint African action in line with the Development Agenda 2063, including the activation of the African Continental Free Trade Area (AfCFTA).