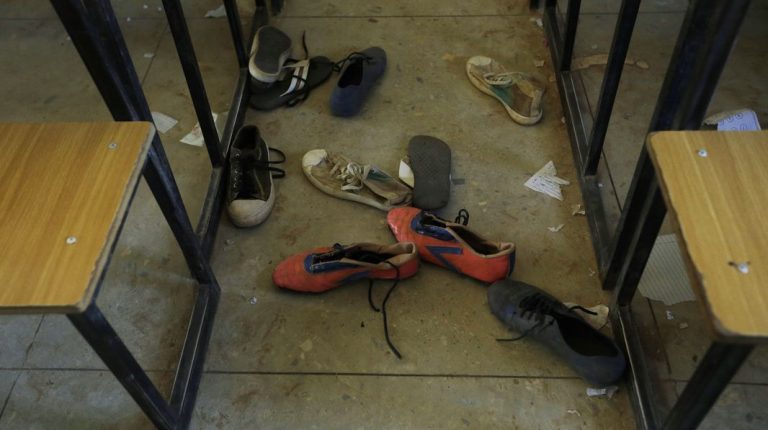 Nigeria President Muhammadu Buhari has described as a “big relief” the safe return of 344 students kidnapped from a secondary school in the country’s northwestern state of Katsina.

The abducted students were freed Thursday night in the town of Tsafe in the neighboring Zamfara State, about 82 km from Kankara town where they were kidnapped by a group of gunmen at the Government Science Secondary School on Dec. 11, Ibrahim Katsina, a special adviser to the Katsina government, told Xinhua.

In a statement released after the students regained their freedom late Thursday, President Buhari thanked “all involved to make their release possible,” saying their return was a “big relief to their families, the entire country and the international community.”

The Nigerian leader, who was on a private visit to his hometown in Katsina, said the nation’s intelligence agencies, the military and police force provided the environment for the safe release of the hostages.

On the issue of detainees held elsewhere in the country by either terrorists or bandits, Buhari gave assurances that his administration is aware of its responsibility to protect the lives and property of all Nigerians.

A total of 344 students were released and set to be reunited with their families on Friday, said Aminu Masari, the governor of Katsina, while addressing the media on Thursday.

Masari said no ransom was paid to the abductors whom he said were “bandits.”

“We will direct our doctors to carry out a medical examination on the students on Friday morning. They spent six days in the forest. We will change their clothes and hand them over to their parents,” the governor said.

The group of gunmen riding on motorcycles attacked the school in Kankara on the night of Dec. 11.

They were armed with sophisticated weapons. The attack lasted about an hour, causing hundreds of students to escape, while the rest were taken hostage by the gunmen.

Terror group Boko Haram claimed on Tuesday that it was responsible for the attack, but Nigeria military and the Katsina government had refuted the claim.

Masari told reporters after the students were released that the abduction was an act by bandits and “not Boko Haram as widely reported.”