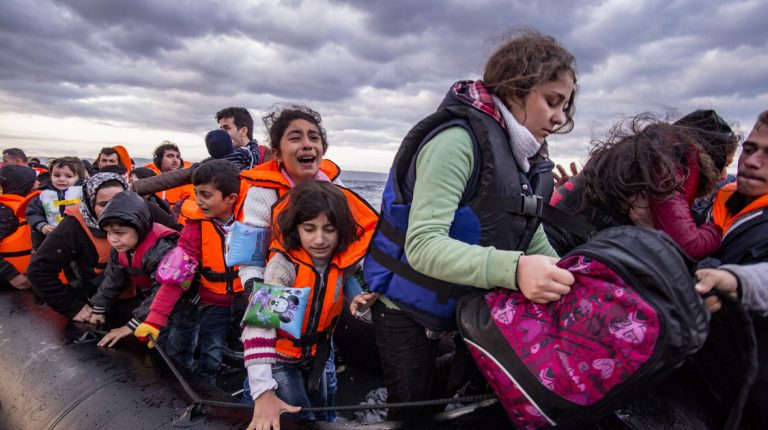 18 December 2020 marks the 20th International Migrants Day (IMD), the 30th anniversary of the Migrant Workers Convention (MWC) and two years since the adoption of the Global Compact for Migration (GCM).

IMD was designated to celebrate the achievements of migrants and understand their struggles while calling for universal rights, respect, empathy and equality.

The United Nations (UN) migration agency, the International Organisation for Migration (IOM), chose ‘Reimagining Human Mobility’ as this year’s theme. IOM explained that global lockdown measures provide an opportunity to reflect on the power of human mobility, rethink public discourse on migration and redesign policies for the benefit of all.

Millions of migrants serve as essential workers fighting the virus on the frontline to keep their host societies safe and prevent the collapse of critical supply chains. Twice as likely to contract COVID-19 than the rest of the population, the disproportionate exposure, contributions and sacrifices of migrants reflect in the infection rate but not in public attitude.

Whereas rationally and naturally, we should have seen enhanced acceptance and appreciation of migrants, there has in actuality been an alarming and deplorable rise in discrimination against them.

For migrants and minorities, challenging pandemic times are thus intensified, leaving them fear, stress and uncertainty. People on the move working in both the formal and informal sectors were among the first to experience worsened working conditions, pay cuts, non-payment of wages and layoffs as the pandemic thundered through the global economy.

Migrant job loss is compounded by limited safety nets and the fact that they remain largely beyond the scope of social welfare schemes and the safeguards of labour law.

Too often ineligible for the emergency relief programmes implemented by their country of residence, migrants may be pushed into poverty, homelessness and undocumented or irregular status as their work permits and temporary visas expire.

Extending legal status to undocumented migrants or permanent residency status to those with temporary status and fast-tracking the accreditation of foreign credentials can minimise livelihood precarity.

In addition to alleviating deportation anxieties and removing barriers which inhibit potential, doing so will help demonstrate the indispensability of migrant workers.

At the same time, the UN has cautioned that classifying some occupations as ‘essential’ during this crisis should not become a basis for unfair two-tier immigration systems moving forward.

The New School’s Zolberg Institute on Migration and Mobility, Columbia University’s Mailman School of Public Health and Cornell Law School’s Migration and Human Rights Program jointly put forth fourteen principles for the protection of migrants, refugees and other displaced persons amid COVID-19.

The document calls on governments to ensure that “neither their actions nor the actions of others stigmatise or incite violence against persons on account of their actual or perceived health status, in particular when such stigmatisation is linked to nationality or immigration status.”

It also called for the distribution of income support to non-citizens “to the same extent that such protection is afforded to nationals.”

States are further urged to “respect the right to health of migrants, refugees, and other displaced persons, including by ensuring that the provision of essential medicines, prevention, and treatment are provided in a non-discriminatory manner.”

Healthcare is a fundamental right frequently denied to the most vulnerable. People on the move face numerous obstacles to treatment including direct exclusion, restrictions based on the legal status, prejudice, cultural-linguistic barriers to information, limited awareness of entitlements and insufficient support in navigating administrative complexities.

Financial factors further limit access, from expenses related to missing work and travelling to healthcare centres to the unaffordable cost of services and lack of insurance coverage.

IMD significantly falls between Universal Health Coverage (UHC) Day on December 12 and Human Solidarity Day on the 20th. The world is now 10 years away from reaching the 2030 target date for the Sustainable Development Goals (SDGs), which flag “access to safe, effective, quality services, medicines and vaccines for all” as a priority.

All migrants, irrespective of legal status, circumstance and origin, should have access to health and social services and where this is not feasible, governments must facilitate and enable humanitarian actors to fill the gap. To recover better and build back stronger, we must invest in and improve long-term protection and preparedness strategies that buffer shocks, promote community resilience and are inclusive of all people on the move.

Although the magnitude of internal migration is over double that of international migration, discussions frequently overlook the unique plight of IDPs.
Countries have a duty to protect internal migrants from discrimination and ensure than relief efforts made more sensitive to their needs. As internal and international mobility restrictions are gradually yet erratically lifted, countries are struggling to strike a balance between human circulation and virus containment.

Biosecurity is the new national security and governments are turning to technology to ‘trust, but verify’ foreign assurances on testing at ports, airports and ground crossings.

In a report presented to the General Assembly on November 10 2020, UN Special Rapporteur E. Tendayi Achiume illustrates “how the design and use of different emerging digital technologies can be combined intentionally and unintentionally to produce racially discriminatory structures that holistically or systematically undermine the enjoyment of human rights for certain groups.”

She pointed out that automated borders can heighten the “border industrial complex” and migration “technosolutionism” can become “technolonialism.” She added that digitisation in aid and healthcare settings via biometric data collection and tracking sometimes risks morphing into “surveillance humanitarianism.”

While technology has been helpful in mitigating effects of the global health crisis, we must ensure that it is not in any way used to profile or harm people on the move, minorities, indigenous people and other marginalised groups.

Border control measures can and should be safely implemented in full respect of the rights of migrants and travellers in general.

The challenges of cross-border mobility in today’s globalised, recuperating world can only be overcome through genuine tolerance, meaningful dialogue, inclusive care, fair practices and multilateral solidarity, cooperation and responsibility-sharing between sending, transit and receiving countries.

Nadine Loza is a development strategist, opinion columnist, and Founding Director of the Egypt Diaspora Initiative.