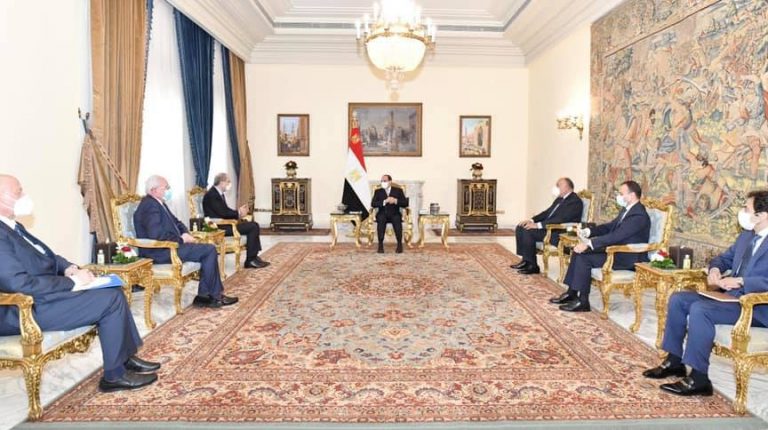 The meeting addressed the latest developments related to the Palestinian cause, and efforts for resuming the peace process and negotiations.

During the meeting, Al-Sisi affirmed Egypt’s commitment to support the Palestinian cause as one of the constants in the Egyptian diplomatic policy. He stressed that Egypt will remain a supporter of Palestinians until restoring their legitimate rights in establishing an independent state in accordance with the international references.

The president also noted that the recent changes on both the regional and international arenas should be considered.

He further stressed the importance of unifying the Arab efforts to reactivate peace talks between the involved parties, in line with efforts for achieving internal reconciliation between the Palestinian factions.

Both Safady and Al-Maliki expressed appreciation for Egypt’s efforts in supporting the cause. The Arab official agreed on continuing coordination between the three parties to stimulate regional peace.

Earlier on Saturday, Egypt has called for holding an international conference with Germany, France, and Jordan, in the so-called “Munich format” to stimulate the Palestinian-Israeli peace process.