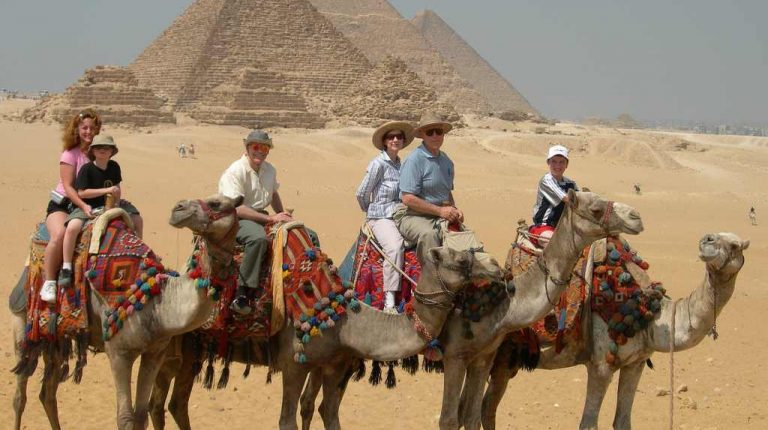 Egypt has received about 1 million tourists since the resumption of inbound tourism on 1 July until the end of November, according to the Ministry of Tourism and Antiquities.

The first phase is the pre-coronavirus period, which lasted from 1 January to 16 March. Egypt received about 2 million tourists during this period.

The second phase is the period from 1 March until the travel suspension on 16 March. The number of tourists in Egypt has reached 398,300 during this period despite the spread of the virus in the world and the closure of most international airports.

The third phase was defined by the Ministry as the resumption phase of domestic tourism on 15 May and international tourism on 1 July.

The Ministry defined the second phase as the phase of handling the crisis and preparation for the resumption of tourism. During this period, the Ministry coordinated with several parties to fly back the foreign tourists stranded in Egypt, and bring home the Egyptians stranded abroad. The Ministry formed a crisis and risk management committee, and launched hotline 19654 to receive complaints from workers in the tourism sector, and activated an English-language complaint service, for the first time, to receive tourist inquiries.

In addition, the Ministry launched campaign to sterilise and disinfect all hotels, tourist facilities, museums, and archaeological sites. It also created an obligatory certificate for health and safety that was required from hotels and resorts for reopening. The certificate verifies that its holder meets all the health and safety requirements set out by the Egyptian government and the World Health Organization (WHO). In June, Egypt received the Safe Travels stamp from the World Travel and Tourism Council (WTTC).

The Ministry stated that in mid-May, domestic tourism resumed only in 78 hotels that obtained the health and safety certificate, working at 25% capacity. The Ministry noted that domestic tourism has played an important role during the decline in international tourism in providing some liquidity to the tourism sector.

Afterwards, the capacity of hotels that obtained the health certificate has been increased to 50%. So far, 695 fixed hotels and 52 floating hotels have obtained the certificate in 23 governorates.

Egypt suspended international flights at all airports nationwide on 19 March, as part of government efforts to curb the spread of the coronavirus. Inbound flights only resumed on 1 July to three governorates as part of a first stage, namely the Red Sea, South Sinai, and Matrouh governorates. Tourism activities to Luxor and Aswan resumed in early September, with floating hotels allowed to resume work on 1 October.