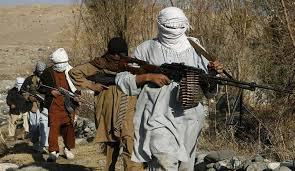 Egypt condemned the terrorist attack that took place on Friday in Ghazni province in Afghanistan. A motorcycle bombed in eastern Afghanistan, during a gathering as part of a religious event, resulting in the death of about 15 children, and the injury of more than 20 others, including children.

The victims were meeting at a home to participate in a Quranic lecture, which is a regular Friday activity for Muslims, in Gilan district, about 120 km away from Ghazni.

Security officials have pointed the finger at the Taliban.

In Ghazni, clashes often occur between the Taliban and the Afghan army. In late November, 30 soldiers were killed in a suicide car bomb attack against an army base.

Afghanistan is witnessing an upsurge in violence, as Taliban insurgents have launched almost daily attacks against government forces in recent weeks, especially in rural areas, despite the ongoing peace talks since September in Doha between the two parties.

These negotiations were suspended until 5 January and the two parties must agree on the agenda of the talks.

In the past months, there has also been an increase in the number of attacks targeting journalists, politicians, clerics, and human rights defenders. Often no one takes responsibility for these attacks, but the Afghan government accuses the Taliban of standing behind them and trying to influence the course of negotiations.

Between January and September 2020, more than 2,100 civilians were killed and more than 3,800 injured in terrorist attacks in Afghanistan, according to the United Nations Support Mission in the country.