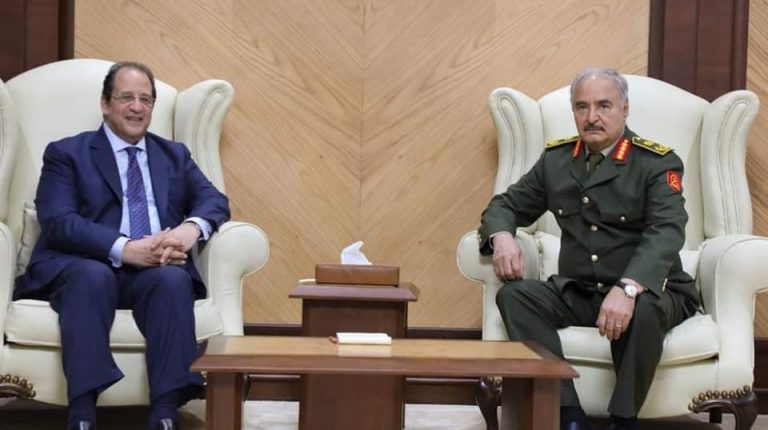 The GIS chief also met with the Libyan House of Representatives (HoR) Speaker, Aguila Saleh, and several other members of parliament. During the meeting, Kamel emphasised Egyptian support to the UN efforts aimed at reaching a political settlement to the Libyan crisis, and maintaining a ceasefire in the country. The two sides also tackled ways to boost bilateral relations in the upcoming period.

In Early December, Egypt’s President Abdel Fattah Al-Sisi and French President Emmanuel Macron stressed that coming to a political solution is the only way to achieve stability and security in Libya. Both leaders agreed on the need to dismantle militias in Libya and remove mercenaries which are present in the country.

Last week, UN Security Council called for all mercenaries and foreign fighters to leave Libya, as the fighting between the rival militias continues.

Libya has been wracked by violence and chaos since the toppling and killing of dictator Muammar Qadhafi in 2011.