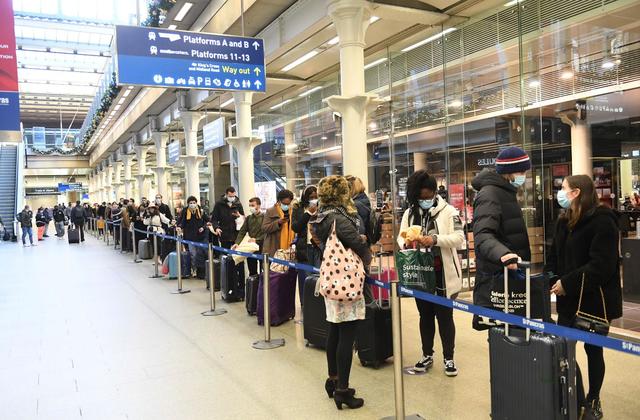 Belgium, France, Italy, Romania and several other EU countries will ban flights from the United Kingdom (UK) over the new coronavirus (COVID-19) variant.

Belgium will ban flights starting Sunday at midnight for at least 24 hours, Prime Minister Alexander De Croo said on a TV program on the Een, a public Dutch-language TV station in Belgium owned by the VRT. For the time being, the Belgian measure only applies for 24 hours, as scientific consultations on this  COVID-19 mutation are still ongoing.
France is to suspend from Sunday midnight (Paris time) for 48 hours all travel from the United Kingdom, “including people related to the transport of goods, by road, air, sea or rail,” the Prime Minister’s Office announced following a cabinet meeting.
“However, it could be extended, if that proves necessary,” he said, according to newspaper Brussels Times.
Eurostar trains between Brussles and London will also be temporarily suspended, according to the report.
The move came after the discovery in the UK of a new more infectious strain of coronavirus that is spreading in the island country.
Meanwhile, the Dutch government on Sunday announced a ban on flights carrying passengers from the UK. The flight suspension takes effect Sunday at 06:00 local time and will be in effect until Jan. 1.
Italy’s Ministry of Foreign Affairs also announced Sunday the country would temporarily ban flights between Italy and Britain. It is not clear how long the block would remain in force in Italy. Also, Romania decided on Sunday to suspend all flights to and from the United Kingdom starting on Monday, following the emergence of a new and more transmissible strain of COVID-19 there.
On Saturday, British Prime Minister Boris Johnson issued strict new lockdown rules for London and parts of England over the next two weeks as the infection rate there surged in recent days.
Johnson said the country was suffering from a new variant of the deadly coronavirus that was as much as 70 percent more transmissible than previous variants of the virus.
The World Health Organization (WHO) said it is studying the new variant of the virus in cooperation with Britain and would make the results of its analysis available when completed. In the meantime, the WHO continues “to advise people to take all protective measures to prevent the spread of the COVID-19 virus and comply with national authorities’ guidance.”
According to media reports, Austria, Germany and France are considering similar measures.
The development came as vaccines are being developed or approved in Germany, China, Russia, the United Kingdom and the United States, among others, to fight against the virus.