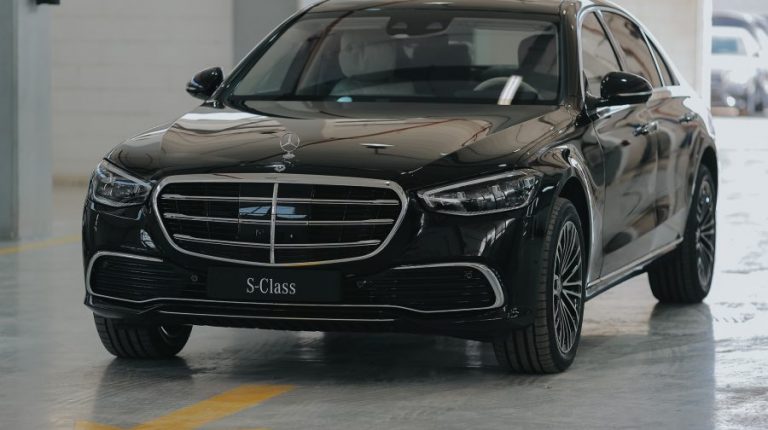 Mercedes Egypt has announced that its all-new S-Class luxury sedan will be available at local dealerships in 2021.

The S-Class W223 was launched globally in September 2020, as Mercedes intends to keep the model at the top of car industry in terms of technology, luxury, and innovation.

Mercedes S-Class comes in several segments: the S500 4Matic, another of those 21st-century German cars whose nomenclature bears no resemblance to what’s under the hood. What we have here is a 3.0-litre turbocharged in-line-six making 429hp and 520Nm, whose efficiency and performance is boosted by a mild hybrid that adds 22hp and 249Nm torques. The car costs $136.549, equivalent to about EGP 2.144m.

There will also be the S580 4Matic with 4.0-litre twin-turbocharged V8 engine producing 496hp. The power will be directed to the wheels via a nine-speed automatic transmission, with the top speed limited to 250 km per hour.

In Europe, the car was launched with both rear-wheel drive and all-wheel drive systems and a selection of six-cylinder diesel and petrol engines, with a 48-volt hybrid system that could provide an additional boost to power. AMG models will receive a high-performance version of the 4.0-litre V8 engine.

The car is also more maneuverable even in narrow towns and cities, and is available with a regular and long wheelbase in Europe with a primary engine 2900cc in the S350d diesel version that is not expected to be introduced in Egypt.

The car’s front has a different shape than the traditional Mercedes-Benz grille, similar to the improved E-Class but is larger in size. Both the Maybach and AMG editions will have their own unique grille. The headlights are a bit thin and aggressive, the hood is long, and in the rear, the new car gets a few fine lines and horizontal taillights.

The interior takes a much bigger leap, replacing sumptuous rounded lines with a minimalist futuristic style that can be enhanced with different color options and trims. The design is horizontal inside and simple, with a wide range of technologies added or upgraded.

These options can make the new car appear like a spacecraft from the future, and the interior can be defined by up to five screens, OLED screens, and three-dimensional screens with data displayed on the windshield.

The car has optional means that include MBUX assistant, ambient lighting, digital lighting, rear axle steering, and rear airbags. Sales of the car will start in Europe in December 2020 and will arrive in the United States in the first quarter of 2021.

The list of luxury options includes a 22-speaker Promaster stereo system with a 4D system, meaning the seats vibrate to enhance the audio experience.

The ambient lighting system features up to 250 LED light sources.

There are optional reclining rear seats, and the user interface can be customized with different screen sizes with optional Tesla door handle. 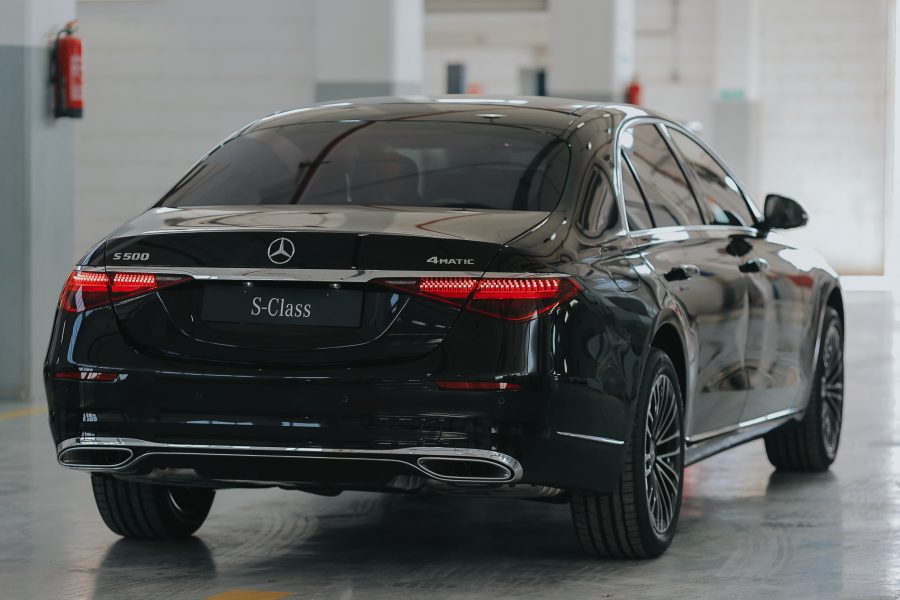 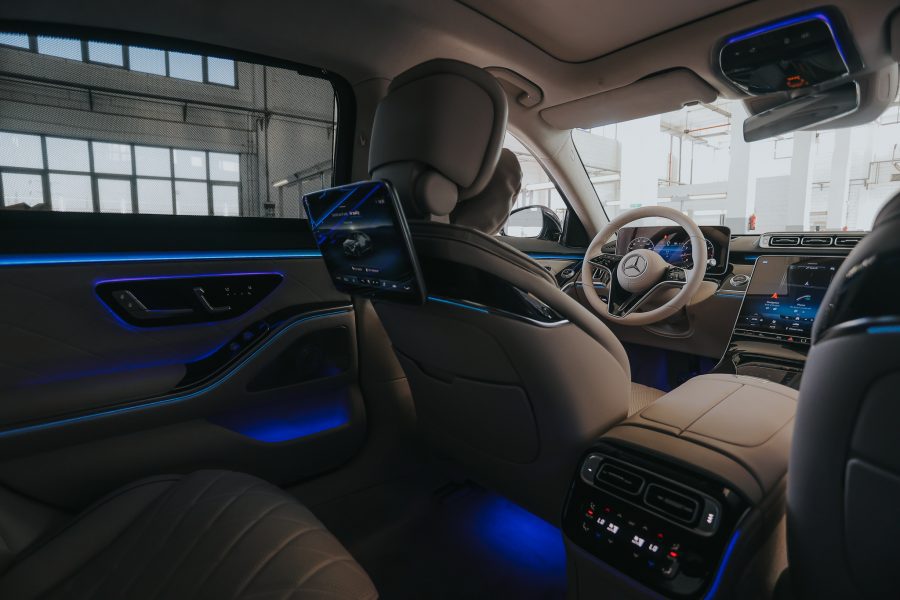 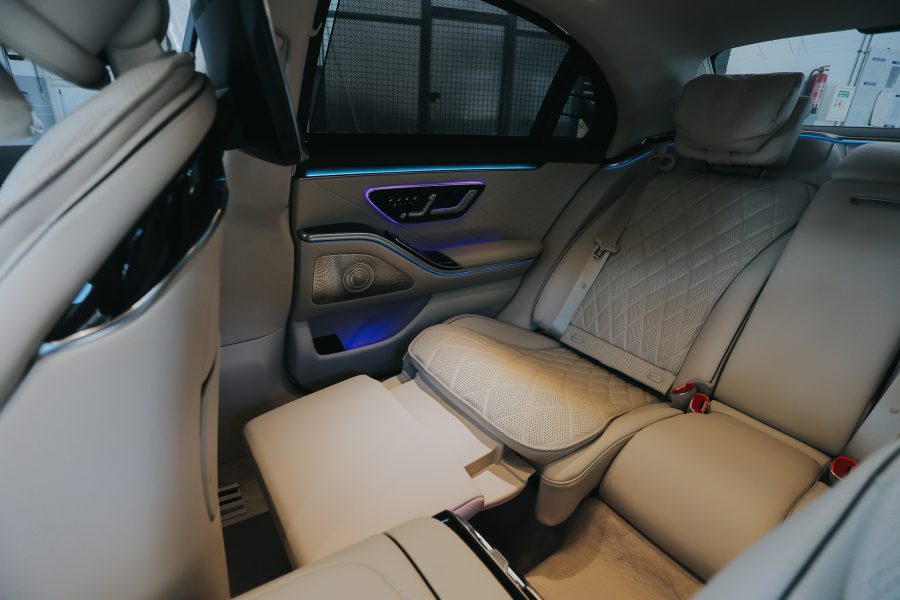