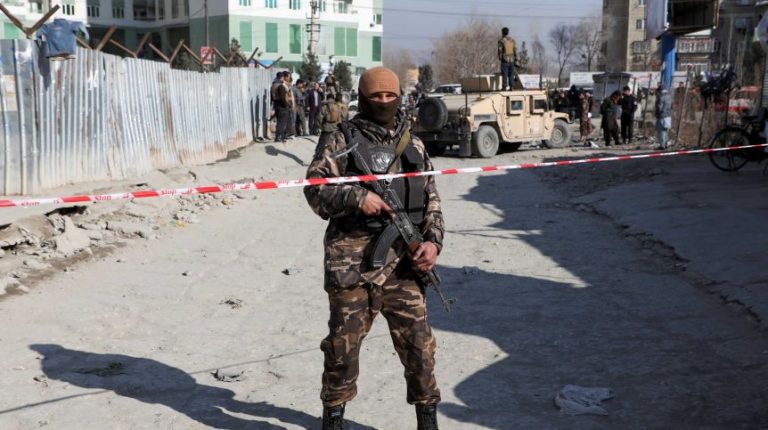 At least 28 people including five civilians have been killed in the violent incidents conducted by militants in the militancy-battered Afghanistan since early Tuesday, officials said.
In the latest wave of violent incidents, the armed insurgents stormed a police checkpoint in Chardara district of the northern Kunduz province Tuesday, killing four policemen including the district police chief and injuring three others, district governor Hafizullah Safi said.
According to the official, the Taliban militants attacked a checkpoint outside a bazaar in the restive Chardara district Tuesday morning, and police contingent under Omar Salih the district police chief arrived at the site to control the situation. Nine fighters including five insurgents and Salih along with three more police were killed on the spot.
Earlier in the day, a blast targeted a car on the western edge of capital city Kabul, killing five including four doctors and injuring two others, police said.
Similarly, the blast of an explosive-laden military vehicle in Dawlat Abad district of the northern Faryab province in the wee hours of Tuesday claimed three soldiers’ lives and injured five others, provincial police spokesman Abdul Karim Yurash told Xinhua.
According to the official, Taliban militants were attempting to enter a military base after the blast but the soldiers opened fire, killing five insurgents and forcing others to flee.
According to Yurash, dozens of houses and shops were destroyed or badly damaged in the blast.
Taliban militants also launched a massive offensive on police checkpoints in Baghlan-e-Markazai district of the northern Baghlan province Tuesday morning, leaving six dead including four insurgents and two policemen. They retreated to their hideouts after facing resistance.
The officials have blamed the Taliban outfit for increasing activities and attacking security apparatus, but the armed group in counter-claim said the Taliban fighters would not take actions unless attacked.