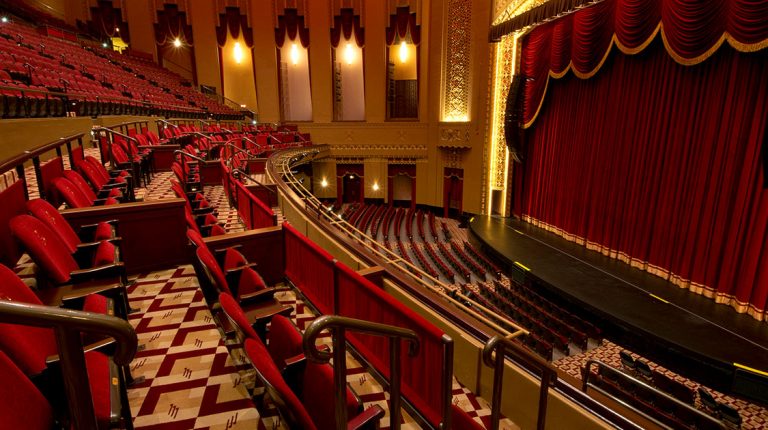 Although the coronavirus crisis has affected all the arts sectors, the most affected was the theatre sector to the extent that England, which is a long-standing country in the theatre industry, began to discuss seriously how to save it from extinction. There are major theatres such as the British National Theatre and some big festivals such as the Ireland Theatre Festival that still collect donations so that they can preserve the industry. Some theatres have also resorted to filming their theatre performances and featuring them on the Internet in exchange for subscriptions, so that they can fulfil their financial obligations and maintain their workers. Moreover, theatres in all countries of the world have to deal with the second lockdown during one of the most important theatrical seasons, which is the Christmas holiday.

In Egypt, the situation was no difference, especially in private theatres which have been severely affected by the COVID-19 crisis to the extent that they almost shutdown. These circumstances caused heavy losses to Egypt’s tourism and arts industry.

Many do not know that Egypt was once a unique theatrical destination in the Arab world, where visitors used to come from all Arab countries to watch plays starring theatre giants such as Adel Imam and Mohamed Sobhi.

As for the theatre in the government sector, it is still trying hard to overcome this crisis and to preserve the industry in Egypt. In fact, the Egyptian Ministry of Culture was keen to hold major theatre festivals, such as the National Theatre Festival and the Experimental Theatre Festival, on their scheduled dates with all precautionary measures in place. It was one of the crucial decisions taken by the Ministry to preserve the theatre industry in Egypt, at a time when major European countries cancelled theatrical festivals without taking into account the consequences of this matter.

The Egyptian theatre is still, however, up to the present time on the top of the Arab theatre sector. It even enjoys a distinguished position in both Asia and Africa. Theatre in Egypt has a very special and distinctive history linked to the Egyptian culture since the ancient history. Ancient Egyptians used to perform plays and fictional creations. Although some pioneers said that theatre with its two genres, comedy and tragedy, appeared at the hands of ancient Greece, recent discoveries have proven that the art of theatre began in ancient Egypt. Old theatrical texts were discovered in Egypt representing long and short scenes of about 12 plays. Among them were famous texts, such as “Horus and the Scorpion Sting” and “The Return of Set”. The themes of these plays revolved around Pharaonic mythology. The types of texts at the time were varied, some of them were plays with a great show and great direction, and others focused on ethics and religious sermons. These performances were similar to current opera shows which consist of long dialogues intercepted by dance breaks. These plays could have been performed anywhere without being restricted to a specific place, except for religious plays that were performed in temples only.

The theatre was introduced to Egypt in its current form with the arrival of the French campaign to Egypt in 1798, led by Napoleon Bonaparte. A comedy theatre group, called “Comedy Frances”, was formed at that time. In 1869, Khedive Ismail built the French Comedy Theatre and the Opera House and prepared them to receive the delegations participating in the legendary celebrations he held for his guests on the occasion of the opening of the Suez Canal. Along with demands for the independence of Egypt from the British occupation, many called for the establishment of a national theatre. In 1921, the National Theatre was inaugurated by performing four plays at once; two days for each play.

In the 1960s, Egyptian theatre began to search for a theatrical identity distinct from the traditional form borrowed from Western theatres. Giant writers like Tawfiq Al-Hakim, Youssef Idris, and others contributed to this goal.

The popularity of theatre in Egypt was closely linked to the development of the Egyptian society intellectually and culturally during the first half of the 20th Century. The Egyptian society witnessed a cultural and intellectual boom at the beginning of the last century. Among these developments were the emergence of the Egyptian press and the organization of intellectual seminars and salons that discussed the most important aspects of the culture development in Europe, including theatre for its role in presenting the various issues of society. Therefore, theatre in Egypt is not just a type of art, but rather a way of expression and creativity that the Egyptians have chosen to perpetuate their heritage throughout the ages, and will overcome any transient crises.

Marwa El-Shinawy: PhD in American Theatre and member of the Higher Committee for the Cairo International Festival for Contemporary and Experimental Theatre