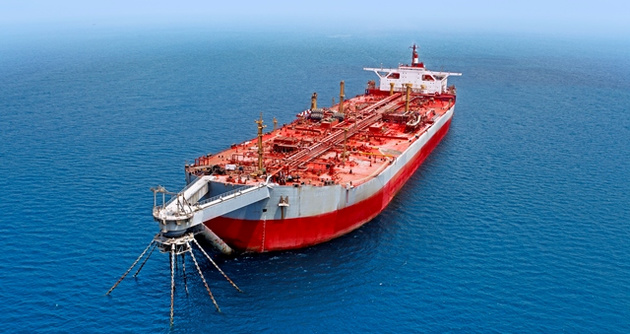 A team of scientists warned of a potential environmental disaster due to the oil spill from the “Safer” oil tanker off the port of Al-Hudaydah in Yemen, which is controlled by the Houthis.

In a study, published on Tuesday in the journal Frontiers in Marine Science, researchers called for urgent action to remove oil from an inactive tanker in the Red Sea, which contains nearly a million barrels of oil.

The study says it is time to prevent a possible “massive” destruction of the region’s waters, the livelihoods and health of millions of people who live in six countries along the Red Sea coasts.

According to the results, if an oil spill from the tanker is allowed, the oil will spread through sea currents to destroy coral reefs, one of the most important resources of the global oceans. Coral reefs in the northern Red Sea and the Gulf of Aqaba are expected to be among the last coral reef ecosystems in the world to survive in the coming decades in the face of climate change impacts.

On 24 November, the United Nations announced that the Houthis would allow a team of experts from the international organisation to inspect and repair the ship, which is being used as a floating oil storage platform.

The ship has not undergone any maintenance since 2015 since the Saudi-led coalition intervened in Yemen, which resulted in corrosion of parts of the ship’s hull. Last May, the ship was exposed to a water leak in the engine room, and oil stains were observed in the vicinity of the ship, which the authors consider an indication of the seriousness of the situation and the imperative to intervene to avoid an environmental disaster.

The researchers explained that coral reefs in the northern Red Sea are unique as they live in waters warmer than the current ocean temperatures, in which the temperatures have become so high that most coral reefs cannot bear, as is the case in the Great Barrier Reef off the Australian coast. More than half of the barrier has been degraded by marine heat waves caused by climate change.

In addition, the fish that live on the coral reefs off Yemen in the southern Red Sea are a major source of food for the people of the region.

Karine Kleinhaus, Associate Professor at Stony Brook University’s School of Marine and Atmospheric Sciences and co-author of the study, said the study focused mainly on urging a unified policy to prevent the massive oil spill.

The study provides a computer model that can predict how oil will be dispersed if it actually spills. The model shows that the consequences will be more serious if this happens in the winter season, due to the movement of marine currents, which will facilitate the spread of oil within 30 days along the coasts of the Red Sea, especially in the north rich in unique marine life.

Kleinhaus explains that the ingredients of the oil are likely to penetrate the water column, reach the reef and destroy it. The remaining quantities of oil on nearby coasts after the clean-up efforts are completed will also cause the remaining coral reefs to be affected by chronic exposure to oil in their natural habitats.

It is not just coral reefs that are threatened, but fish, shellfish, dolphins, birds and many other animals will suffer disease and death after exposure to oil pollution.

The potential leakage would also destroy fishermen’s livelihoods and spoil the beaches for many miles from the coastline, thus threatening tourism and damaging the desalination plants operating in the area.

The researcher stresses that in the current circumstances, Yemenis cannot contribute to solving the crisis while the conflict continues in their country. Therefore, “other countries bordering the Red Sea should cooperate to help protect coral reefs, which represent a common valuable resource.”

The researchers stress that countries surrounding the Red Sea must help push for urgent action by the UN and the International Maritime Organization (IMO) to remove oil. With millions of barrels of oil passing daily through the Red Sea, a regional strategy to prevent and contain the oil spill must be formulated to preserve the region’s unique ecosystems.