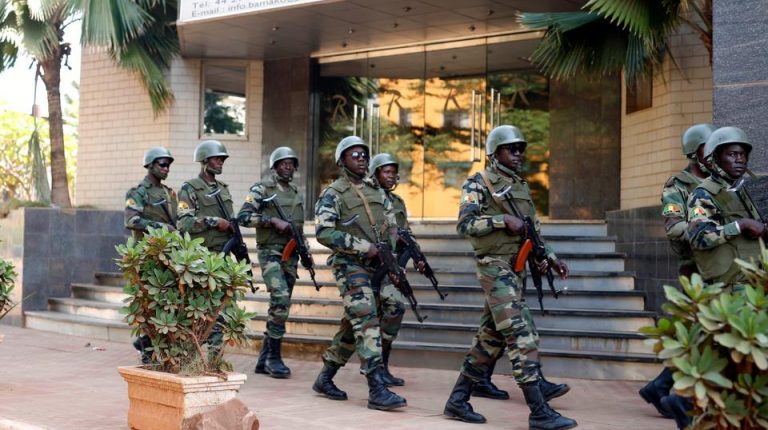 The General Staff of the Burkina Faso armed forces on Wednesday announced the killing of 13 terrorists during dragging operations from Dec. 14 to Dec. 20 in the Sahel region of the troubled country.

The terrorists were killed after gunmen ambushed army patrol, according to a weekly meeting of the army’s general staff on Wednesday in the capital Ouagadougou.

One soldier lost his live and four others were injured during the ambush in Mansila, Yagha province in the north-east Sahel region, it said.
To the attakers side, 13 aggressors were killed, while a vehicle, weapons, amunitions and materials to be used for improvised explosive devices were recovered, it said.

Since 2015, Burkina Faso has been facing a worsening security situation with rampant terrorist attacks that have claimed the lives of over a thousand people and displaced thousands of others.