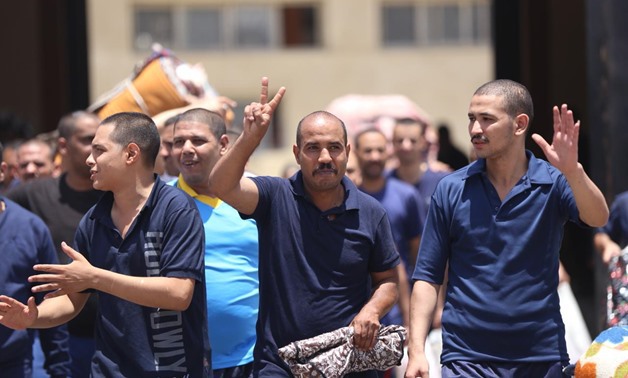 The Egyptian Cabinet approved, on Wednesday, the release of several prisoners ahead of the anniversary marking the 25 January Revolution and the National Police Day, according to state-run news outlet, Al-Ahram.

The Ministry of Interior regularly holds committees to examine the files of prison inmates nationwide, to determine the most suitable cases deserving pardons.

According to the ministry, this comes as part of its keenness to uphold the values of human rights and the application of penal policy in a modern approach. It is also designed to provide various aspects of care for inmates, especially in communicating with their families.

The Ministry of Interior grants pardons to prisoners on a regular basis, usually coinciding with major religious and national occasions. According to the constitution, the President has the right to issue pardons for convicted prisoners after consulting with the cabinet.

Last January, the ministry released about 477 inmates on the occasion of National Police Day and the anniversary of the 25 January Revolution. In October, it granted prisoners an exceptional visit, in celebration of the anniversary marking the October 1973 War.