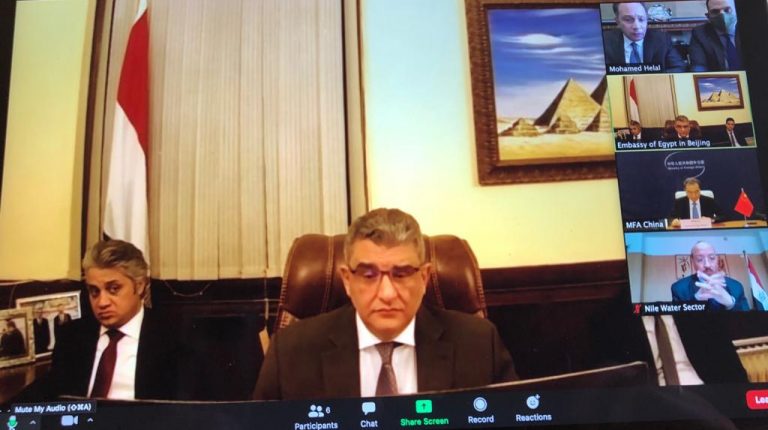 The Egyptian Embassy in Beijing has organised a virtual meeting between the Egyptian team leading negotiations on the Renaissance Dam, and Assistant to the Chinese Foreign Minister Deng Li. The Egyptian side reviewed the developments in the negotiations.

Mohamed Abdel Aaty, Minister of Water Resources and Irrigation, stated earlier this week that Egypt is ready to resume negotiations on the Grand Ethiopian Renaissance Dam at any time.

In statements, the minister added that Egypt has the political will to reach an agreement on the Renaissance Dam, explaining that Cairo had previously reached an agreement and signed it with initials, but the Ethiopian party completely refused to sign the agreement, just as the Sudanese party did not sign.

Abdel Aaty said that Egypt is ready to resume negotiations on the Renaissance Dam at any time: “as long as the political will is present in the three countries.”

He pointed out that Egypt is pursuing a long strategy to preserve water resources and find alternatives, explaining that there is a strategy that extends in time until 2037, and then has been updated until 2050, to know Egypt’s water needs and provide it.