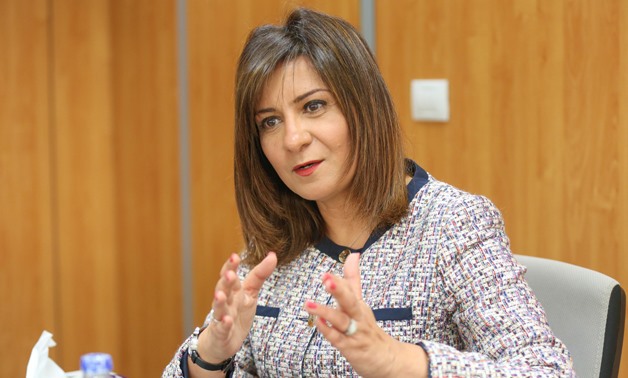 Egypt’s Minister of State for Emigration and Egyptian Expatriates’ Affairs, Nabila Makram, has said that an operations room has been activated to monitor the situation of stranded Egyptian expatriates.

The operations room comes as part of the initiative “Let us support one another”, to help and support Egyptian citizens abroad during the novel coronavirus (COVID-19) pandemic.

The minister announced the operation room’s activation has come following the announcement by a number of countries, including Kuwait and Saudi Arabia, that they will re-close their borders. The latest international move has come as part of precautionary measures to combat the spread of the pandemic, especially as a particularly virulent strain has recently been identified.

She also appealed to Egyptians residing in Kuwait and Saudi Arabia to interact with the ministry so that they can receive assistance.

During a televised call, the minister confirmed the call to respect the rulings and decisions made by a number of countries to confront the coronavirus pandemic.

She further called on citizens who are temporarily in transit on their way to Kuwait, to register their data. This will facilitate communication with them, and to confirm the affected numbers abroad, whether in the UAE (as a transit country) or any other country.

Makram asked that Egyptians show solidarity with the stranded travellers, as part of the “Let us support one another” initiative, to help and support Egyptians stranded abroad.

Meanwhile, the Ministry of Civil Aviation dismissed, on Monday, rumours that flight suspensions will be put into effect. Egypt Air announced the suspension of all international flights and services to and from Saudi Arabia, which will remain in place for one week. The temporary suspension, which is subject to extension, started on 21 December, a company statement said.

In March, the Egyptian government commenced the return home of thousands of Egyptian citizens, following the worldwide halt of air traffic due to the pandemic.

Topics: Egyptians Emigration The Ministry of Immigration and Expatriate Affairs