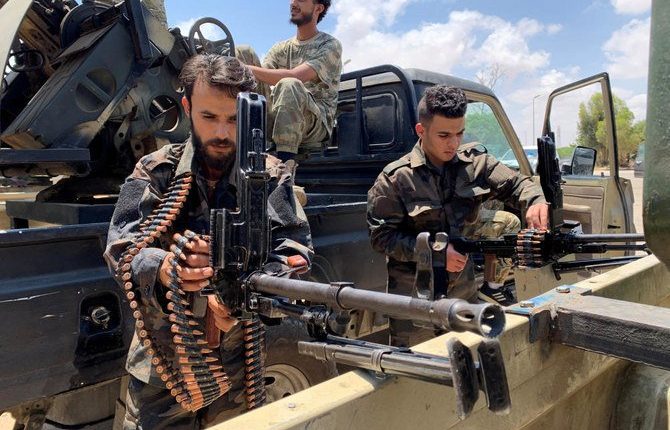 Russia’s Minister of Foreign Affairs Sergei Lavrov said, on Wednesday, that international efforts to reach a peace settlement in Libya should be intensified, the RIA news agency reported.

In October this year, the two major sides in the country’s war, namely the internationally recognised Government of National Accord (GNA) and the eastern-based Libyan Arab Armed Forces (LAAF) led by Commander Khalifa Haftar, agreed on a ceasefire.

Meanwhile on Tuesday, Turkey’s parliament authorised an 18-month extension of its troop deployment in Libya, in support of the UN-recognised government in Tripoli, the Anadolu state news agency reported.

Turkey’s support for the GNA in Tripoli helped stave off an offensive by Haftar with Russian, Egyptian and UAE backing in April 2019.

The ceasefire agreement struck between the two sides in October formally put an end to the fighting and set the stage for elections at the end of 2021.

Turkey’s presence in Libya is linked to its broader interests in the eastern Mediterranean, where it is hunting for natural gas in disputed waters claimed by Cyprus in Greece. Ankara struck an agreement with the GNA leadership in November 2019 that extended Turkey’s maritime claims in the Mediterranean in exchange for military support. The country’s parliament authorised the first one-year troop deployment to Libya in January of this year.

In a different context, the United Nations Support Mission in Libya (UNSMIL) on Tuesday commended the municipal elections in the western towns of Ar-Rajban and Al-Zawiya Al-Gharbia.

UNSMIL “congratulates the citizens of Ar-Rajban and Al-Zawiya Al-Gharbia on the conduct of peaceful and democratic municipal council elections on 21 December 2020,” the mission said in a statement. It also praised the efforts of the Central Committee for Municipal Council Elections (CCMCE) to conduct the elections during the novel coronavirus (COVID-19) pandemic.

“I commend the civic responsibility of the citizens who exercised their right to vote and demonstrated their resolve in democracy and elected institutions,” said Stephanie Williams, acting special representative of the secretary-general of the United Nations in Libya, “I encourage all voters to actively participate in upcoming municipal elections, particularly women, youth and vulnerable groups.”

Williams also urged all responsible parties in western and eastern Libya to start immediate discussions on a modus operandi of collaboration between the CCMCE and the eastern parallel committee.

This would allow for local elections to be organised nationwide under a unified institution, building on the technical expertise and experience of the central elections committee.