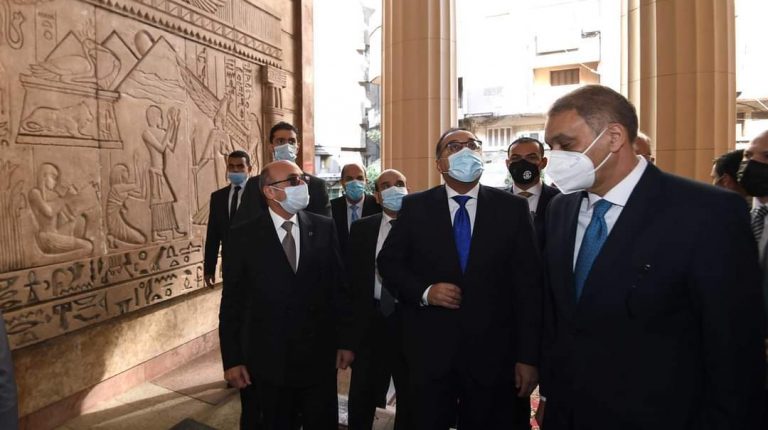 The move comes as a part of the state’s plans to develop the Egyptian capital, and to preserve its cultural, touristic, and archaeological sites.

Madbouly’s remarks came during his inspection visit to Cairo’s Abdeen Courts Complex. During his visit, he inspected the Mobile Authentication Vehicle affiliated with the Real Estate Registration Authority, which provides various documentation and support services to documentation offices.

Minister of Justice Omar Marwan said that the Abdeen Courts Complex is, for the first time, being developed, with the upgrade set to raise the complex’s efficiency. Marwan added that developing the complex aims to preserve its unique architectural style.

At the end of his visit, Madbouly praised the efforts made by the Ministry of Justice to develop the courts complex, as well as its efforts to raise the efficiency of services provided to citizens.