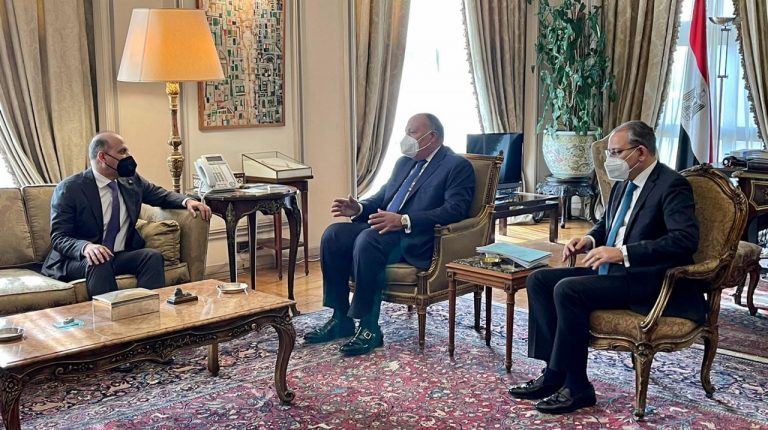 Egypt’s Minister of Foreign Affairs Sameh Shoukry received, on Thursday, head of the Syrian Tomorrow Movement Sheikh Ahmed Al-Garba, to discuss developments in the Syrian crisis and ways to settle it based on Security Council Resolution No. 2254.

According to Spokesperson for Egypt’s Ministry of Foreign Affairs Ahmed Hafez, Shoukry affirmed Egypt’s support for all efforts aimed at reaching a comprehensive political settlement to the Syrian crisis. These efforts look to restore security and stability to the country.

This would also restore Syria’s territorial integrity and unity, and fulfil the aspirations of its citizens, whilst also preserving its capabilities. At the same time, it will contribute to uprooting the causes of terrorism and confront terrorist and extremist organisations.