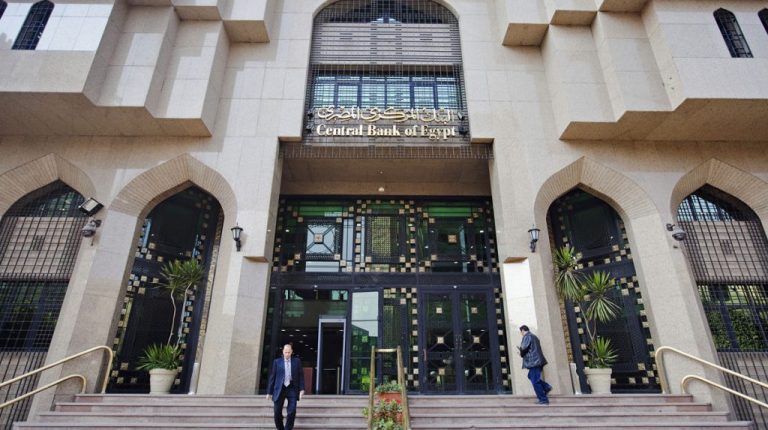 The recent target setting confirms the CBE’s continued support for the stability of the Egyptian economy.

The CBE said that there will be continued use of monetary policy tools to control inflation expectations, in addition to containing inflationary pressures from the demand side and the secondary effects of supply shocks.

This may lead to inflation deviating away from target rates, which the CBE pointed out is the result of factors outside the scope of monetary policy influence.

Banking expert Mohamed Abdel-Aal said that the goal is to maintain a single-figure inflation rate with a downward curve for two years.
He pointed out that the first target for inflation came on the back of Egypt’s economic reform programme, as the CBE at the time was targeting inflation at 13% (±3%). Its current target of 9% (±3%), which is due to expire at the end of this week, is less than its predecessor.

Abdel-Aal added that the central bank target for inflation until the end of 2020 is 7% (±2%), which is less than its predecessor. It is also characterised by the number between the maximum and minimum, which would be a single figure of, for example, between 5% and 9%.
“This is an indicator of the Monetary Policy Committee’s (MPC) direction,to continue targeting inflation while stimulating growth and employment, and continuing to follow all its tools to achieve that goal,” Abdel-Aal said.

He added that an increase in inflation may be possible if all other policies do not combine with the monetary policy. He noted that the big challenge in the next stage is to increase domestic production and reduce the cost of producing goods.

This would occur by reducing the cost of financing, so that there is a suitable production supply corresponding to a real demand as a result of increasing real incomes among citizens.

The MPC, which falls under the CBE’s jurisdiction, decided at its meeting on Thursday to maintain the central bank main interest rates. This covers 8.25% for deposits, 9.25% for lending, and 8.75% for the credit and discount rate, as well as maintaining the CBE’s main operation rate.

In a statement accompanying the decision, the committee said that the annual rate of inflation rose for the third consecutive month in urban areas, to 5.7% in November 2020 from 4.5% in October 2020.

“The high rate of general inflation in November 2020 reflected a temporary supply shock in tomato prices,” the statement added, “At the same time, the annual rate of core inflation rose slightly to 4.0% in November 2020 compared to 3.9% in October 2020, which indicates continued containment of inflationary pressures.”

The committee expects the average general inflation rate to record single-figure rates below the level of 6% during Q4 of 2020. It noted that the degree of potential deviation from the target rates depends mainly on the degree of lower tomato prices after the shock ends, in addition to change in other items.

The CBE has proactively taken a set of measures, starting with the emergency MPC meeting on 16 March in which it decided to reduce basic interest rates by 300 basis points as an exceptional measure.

The measures were designed to contribute to supporting economic activity across all sectors, especially the public and private sectors, and the household sector. Egypt’s central bank has also launched several initiatives that aimed to support local production and maintain low unemployment rates, according to the MPC.

The committee added that these measures entailed reducing the CBE’s basic interest rates by 50 basis points at the 24 September and 12 November meetings.

The move came in light of the continued containment of expected inflationary pressures in the medium term. As a result of these steps, the value of reducing those rates reached 400 basis points since the beginning of the year, which has contributed to supporting economic activity.

The committee indicated that most of the initial indicators on the demand side continued to gradually recover during October and November 2020, compared to the weakness seen during Q2. Egypt’s unemployment rate decreased to 7.3% during Q3 of 2020, its lowest rate in recorded history, compared to 9.6% during Q2 of the same year.

The MPC added, “At the global level, economic activity is still weak despite the easing of global financial conditions, as a result of the spread of the second wave of the coronavirus pandemic, the return of closures and the tightening of precautionary measures which would negatively affect the prospects of the global economy in the near term.”

“The COVID-19 vaccine may reduce the prevailing uncertainty in the medium term, and at the same time, global oil prices have recently increased slightly,” it noted.

The MPC expects the Egyptian economy’s real overall growth rate to recover gradually, in parallel with the structural reforms of economic activity. It noted that annual rates of inflation are also expected to be affected by the negative impact of the base period, during the year 2021. However, it will continue to record rates close to the middle of the target rate range of 7% during 2022.

Accordingly, the MPC has decided to keep the basic return rates unchanged, noting that this is consistent with the target inflation rate of 7% (±2%) on average during Q4 of 2022, and price stability in the medium term, according to MPC.

Egypt’s central bank stressed that the interest rate depends on future expectations of inflation rates, not the current prevailing rates. It pointed out that it will closely follow all economic developments and risk balances, and will not hesitate to use all its tools to support the recovery of economic activity, provided that inflationary pressures are contained.