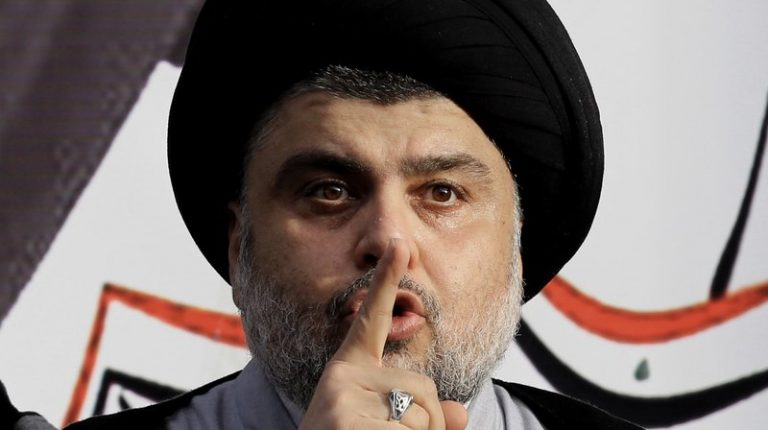 Iraqi prominent Shia cleric Muqtada Al-Sadr on Friday warned Iran and the United States not to involve Iraq in their conflict.

“Iraq has become a victim to the US-Iranian conflict and has been greatly affected as if it is an arena for their conflicts,” Al-Sadr said on his official Twitter account.

“Therefore, I call on Iran to distance Iraq from its conflict, and I warn the [US] occupier against continuing its conflict … Iraq and the Iraqis are not a party to the conflict,” he added.

The Iraqi-US relations have been strained since Jan. 3, when a US drone struck a convoy at the Baghdad airport, killing Qassem Soleimani, commander of the Quds Force of Iran’s Islamic Revolution Guards Corps, and Abu Mahdi al-Muhandis, deputy chief of Iraq’s paramilitary Hashd Shaabi forces.
Two days after the US drone attack, the Iraqi parliament passed a resolution that requires the government to end the presence of foreign forces in the country.
The military bases housing US troops across the country and the US embassy in Baghdad have been a frequent target for mortar and rocket attacks by militias.