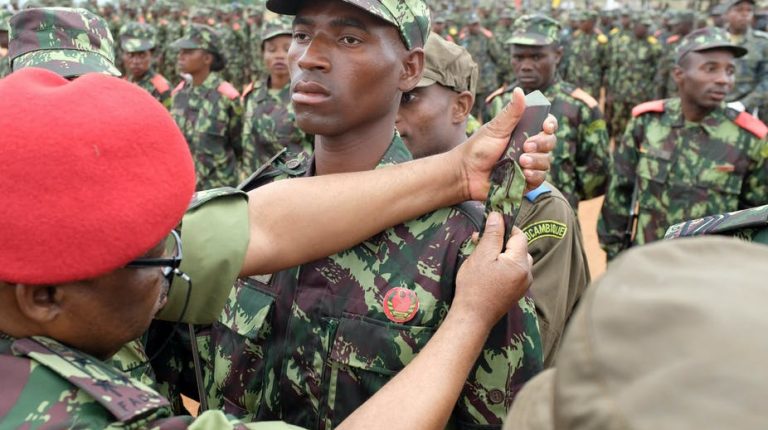 Mozambique Defense and Security Forces (FDS) had killed a total of 37 terrorists and seized 21 weapons last week in Macomia district in the northern province of Cabo Delgado, according to a report by the national radio station Radio Mozambique on Saturday.

The report quoted the Commander-General of the Police of the Republic of Mozambique Bernardino Rafael, who was speaking to the 7th battalion of the FDS positioned in Macomia, one of the most affected zones by terrorist activities in the province, on Friday.

The Commander-General also revealed that in recent operations of the FDS, three vehicles, ten motorcycles, nine bicycles and more than 17 vessels of the terrorists were destroyed.

The jihadists, who have pledged allegiance to the Islamic State group, have been active for three years in the Cabo Delgado region. They attack villages to sow terror and try to establish a caliphate.