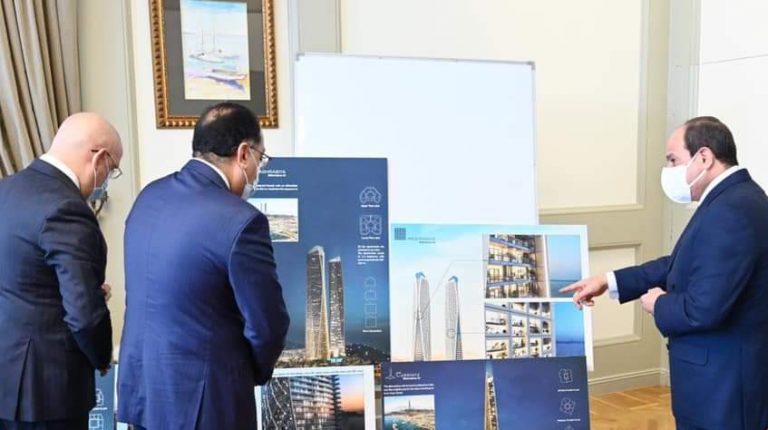 Egypt’s President Abdel Fattah Al-Sisi directed, on Sunday, for the first phase of the Decent Life Initiative to be extended, to develop about 1,500 villages nationwide.

The first phase extension will come at a cost of about EGP 500bn, and will add to the 400 villages that have already undergone development as part of the initiative. The Presidential move comes within the plan to develop all Egyptian villages within three years.

Presidency Spokesperson Bassam Rady said that during the meeting, Al-Sisi reviewed the initiative’s projects, especially within the country’s new cities and developing villages.

The President has also directed for 350,000 new housing units to be constructed as part of the nationwide “Housing for All Egyptians” project. The project aims to provide decent housing for citizens, with developed infrastructure, health units and educational facilities.

During the meeting, El Gazzar also reviewed the development project carried out in downtown Cairo, including the Citadel Aqueduct development project. The project also extends to developing the archaeological area surrounding the National Museum of Egyptian Civilization.

El Gazzar said that these projects aim to restore Cairo’s cultural value, by increasing green areas and tourist attractions. It also looks to develop Tahrir Square, as well as Khedival Cairo with its heritage and archaeological areas.

In this regard, President Al-Sisi ordered for greater development in the Cairo area, including upgrades to the built-up environment. This aims to raise the living conditions of citizens in the capital, and providing improved tourist attractions.