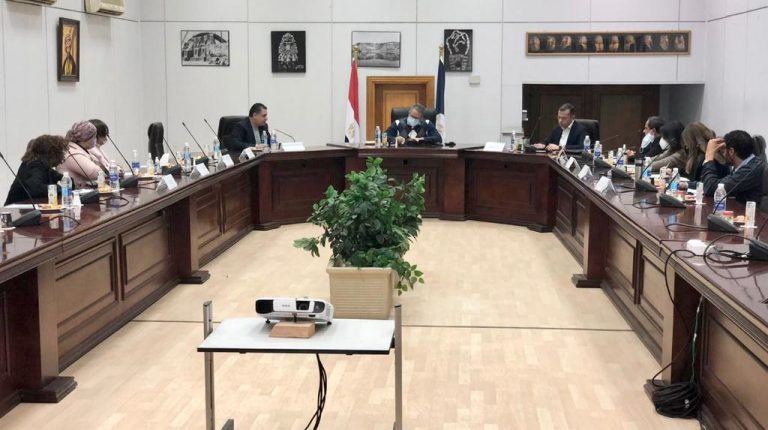 Egypt’s Minister of Tourism and Antiquities Khaled Al-Anani held a meeting, on Saturday, to review their preparations for a new tourism promotion campaign abroad that would last for three years.

The meeting came as part of the ministry’s readiness to prepare an integrated promotional, marketing, and media strategy to promote the Egyptian tourism abroad.

During the meeting, the executive steps to commence preparations for Egypt’s tourism promotion campaign abroad were discussed. It was also agreed that a major international company will be chosen by the Egyptian Tourism Federation (ETF) to take over the development of a media, promotional, and marketing strategy for the country’s tourism sector. The Ministry of Tourism and Antiquities had previously conducted a similar study in 2009.

This will enable Egypt to lay the foundations to prepare this promotional campaign that will highlight Egyptian tourism destinations.

Discussions revolved around the main axes of this campaign, the general strategy for targeting tourists from various markets, especially markets exporting tourism to Egypt.

The meeting was attended by: President of the ETF, CEO and board members of the Egyptian Tourism Promotion Board, Tourism Minister’s advisor for marketing and strategic studies, among other officials.

Topics: The Ministry of Tourism and Antiquities tourism tourism promotion