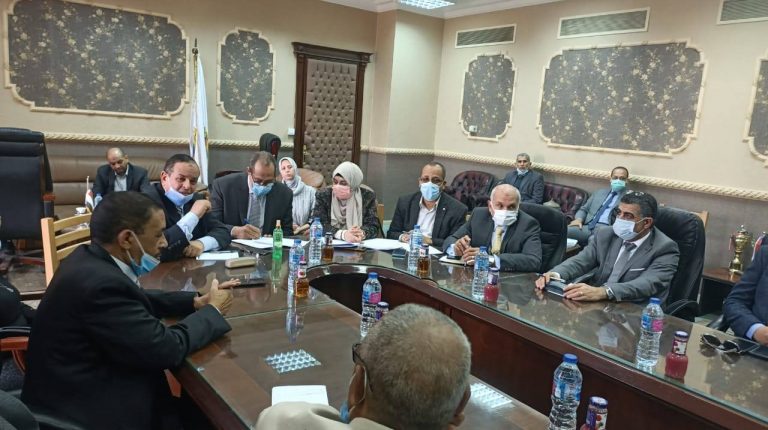 The meetings took place between Egyptian officials and Sudanese businesspeople, and were held at the Egyptian Customs Authority (ECA).

Maait stressed the Egyptian government’s keenness on consolidating joint cooperation between the two countries. These will take place in a way that deepens Egypt and Sudan’sbilateral partnership in various fields, in a manner consistent with the historical relations that bind the people of the Nile Valley.

He highlighted the need to help the Sudanese people in overcoming the issues they proposed during these joint meetings. These issues related tothe lack of trade flow movement in Port Sudan, as a result of the accumulation of cargo due to poor infrastructure.

ECA Chairperson Kamal Negm confirmed that during these joint meetings, an agreement was undertakenwith the Sudanese side on the necessary logistical measures to use the Egyptian ports, especially the ports of Ain Sokhna and Suez.

These measures relate tothe export of Sudanese products and the country’s ability to import its needs from abroad. As part of this, Sudan will have the possibility of utilising the advantages provided by the law of special economic zones.

This would happen provided that the usage fee is paid, along with providing waiting areas for exported and imported Sudanese containers.

Negm said that the customs procedures for Sudanese goods passing, as part of the “transit” system through Egyptian territory, include verifying the apparent inspection of containers. They would also be required to meet the rules of “quarantine control” for goods that may be required to be referred to control authorities.

Moreover, the relevant authorities will be paying the necessary taxes and customs duties on the goods until they reach their final destination. There will also be a possibility for establishing a “confirmed letter of guarantee”, that is subject to deduction and addition, which will facilitate the process on goods transported in the “transit” system.

He affirmed the Egyptian side’s readiness to end all procedures on “transit” goods, while providing the guarantees established. This will be in place until the Sudanese side finishes establishing the agreed upon partnership, in light of their desire to begin finalising the procedures on goods in the “transit” system immediately.

The Sudanese side expressed its desire to cooperate with the Egyptian Ports Authority to end the procedures for Sudanese exports and imports through the ports of Qustal and Arqin. These aim to end the difficulties at the port inPort Sudan, in a manner that strengthens transit trade as a prelude to exporting nearly 90% of the Sudanese exports.