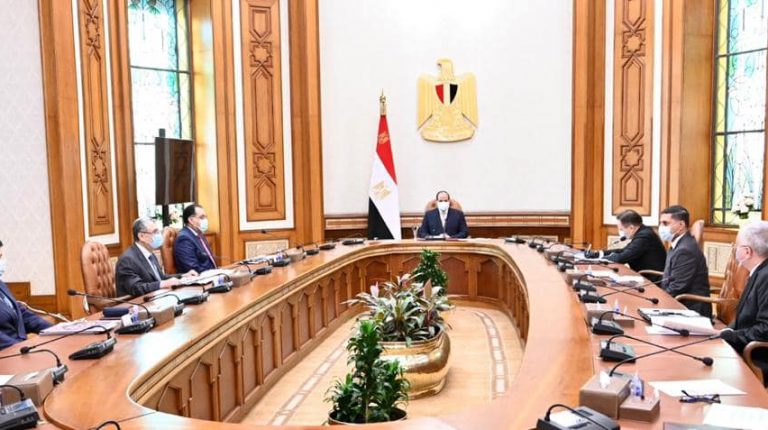 President Al-Sisi welcomed the Russian officials, and sent his sincere greetings and congratulations to his Russian counterpart, Vladimir Putin, and the Russian people on the occasion of Christmas.

He also affirmed the extended and distinguished historic relations between the two countries.

Al-Sisi told the Russian delegation that Egypt is looking forward to the commencement of work at the Dabaa nuclear power plant, as part of the achievements made by the ongoing and long-running joint Egyptian-Russian cooperation.

He expressed confidence in the Russian experience that he noted will be reflected in the plant’s establishment in accordance with the highest technical, technological, and nuclear safety standards.

For his part, Lykhachov praised Egypt’s economic and investment climate, as well as the favourable conditions for establishing large-scale developmental projects.

He also congratulated President Al-Sisi for the Egyptian state’s successful containment of the novel coronavirus (COVID-19) pandemic, as well as the positive growth rates in the local economy.

Lykhachov said that Russia gives priority to the Dabaa nuclear power plant, and is keen to complete it according to the specified timeframe and the highest standards.

Egypt, in cooperation with Rosatom, is building a 4.8GW nuclear power plant in the Dabaa region in the country’s North Coast region. It is targeting experimental operation of the plant’s first reactor by 2026.