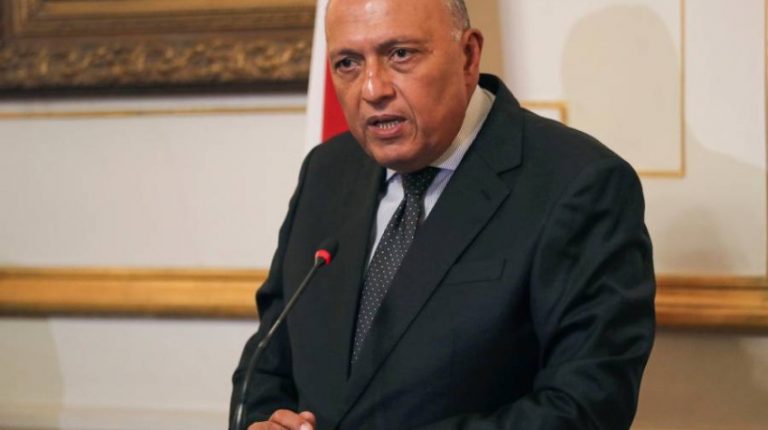 Egypt’s Minister of Foreign Affairs Sameh Shoukry received a phone call, on Monday, from his Japanese counterpart Toshimitsu Motegi, during which they discussed ways of strengthening relations between the two countries in various fields.

Ahmed Hafez, Spokesperson for Egypt’s Ministry of Foreign Affairs, said that the two ministers highlighted the depth of relations between the two countries in terms of their bilateral cooperation.

Shoukry and Motegi also made note of their satisfaction with the level of continuous consultation and coordination between Cairo and Tokyo regarding regional and international files that are of common interest.

Hafez added that Motegi expressed his country’s aspiration to enhance Arab-Japanese dialogue during the coming period, especially with Egypt. The Japanese Minister of Foreign Affairs noted that Egypt is presiding over the current session of the Arab League Council, and holds regional and international weight.

The ministerial meeting also touched on the mechanisms of advancing the development of economic, investment, and commercial relations between the two countries, especially since Japan is Egypt’s largest development partner.

Japan is involved in a number of major projects in Egypt, with the two countries also cooperating in the cultural and educational fields.
As part of the latter cooperation, the two ministers discussed developments in the establishing of the Grand Egyptian Museum (GEM), which is one of the most prominent examples of cooperation between Egypt and Japan.

This is in addition to exchanging views on developments in the spread of the novel coronavirus (COVID-19) pandemic and ways to respond to it, as well as cooperation between the two countries in this regard.