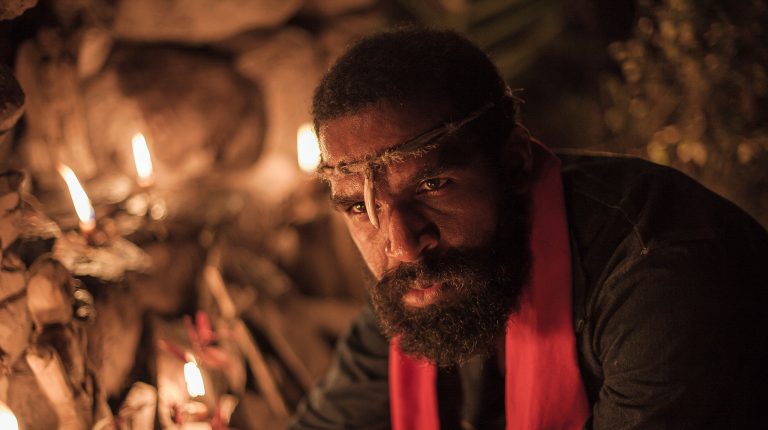 The International Film Festival Rotterdam (IFFR) has announced the 16 films that have been selected for the festival’s Tiger Competition, as well as the selections for its Big Screen Competition, and the Ammodo Tiger Short Competition.

As part of the announcement, the festival also announced the Limelight lineup, with further announcements made for the first part of the IFFR 2021, which will take place from 1 to 7 February.

The announcement included the introduction of the festival’s opening film, Riders of Justice, by Anders Thomas Jensen and the Robby Müller Award recipient Kelly Reichardt. The pair will also be part of IFFR Talks, next to Benoît Jacquot, Charlotte Gainsbourg, Lemohang Jeremiah Mosese, Dea Kulumbegashvili, and Nicolás Jaar.

During a press conference last week, IFFRdirector Vanja Kaludjercic said, “In a year like no other, filmmakers have gone above and beyond to complete works in challenging circumstances, and there has been no shortage of great films looking for a home at IFFR.”

She added, “This edition’s revised Tiger Competition and Big Screen Competition, as well as the Ammodo Tiger Short Competition, encapsulate IFFR’s spirit as a platform for the discovery of visions that pique our curiosity and capture our imagination.”

Kaludjercic praised the exhilaration provided by the sheer determination of these striking new voices, highlighting her pride“that we can bring an outstanding selection to our film-loving audiences in new ways that captivate the collective spirit.”

The IFFR’s flagship Tiger Competition is the festival’s unrivalled platform for emerging film talent, and features a larger selection, of 16 films in total, than in previous editions. The jury will grant three prizes: the Tiger Award worth €40,000, and two Special Jury Awards worth €10,000 each.
The Tiger Jury consists of: filmmaker and visual artist Lemohang Jeremiah Mosese; artistic director of International Documentary Film Festival Amsterdam (IDFA) Orwa Nyrabia; visual artist and filmmaker Hala Elkoussy; screenwriter and critic Helena van der Meulen; and film producer Ilse Hughan.
Most filmmakers in competition are making their IFFR debut, next to a few familiar names. Itonje Søimer Guttormsen returns with Gritt, after her short film Retrett showed at IFFR 2017, which is available on IFFR Unleashed.

Three directors who previously had their short films screened at IFFR now present their first feature-length film as part of the Tiger Competition. The Rotterdam director Tim Leyendekker has, since 2006, been bringing a number of short films to the festival, and now presents Feast.

Taiki Sakpisit’s short film The Mental Traveller featured in the Ammodo Tiger Short Competition at IFFR 2019, and he now returns with The Edge of Daybreak. Nino Martínez Sosa was the editor on films such as Tiro en la cabeza (IFFR 2009), Yo, también (IFFR 2010) and Todos somos marineros (IFFR 2019), and now presents Liborio.

Five film professionals make up the Tiger Jury. Lemohang Jeremiah Mosese, a self-taught Berlin-based filmmaker and visual artist and whose feature film This Is Not a Burial, It’s a Resurrection screened at IFFR 2020,will also show work at IFFR 2021. This comes as part of the Vive le cinéma! at Eye Filmmuseum.

Orwa Nyrabia is an artistic director of the International Documentary Film Festival Amsterdam (IDFA)who has a background as a producer. She has also worked on successful documentaries such as Return to Homs and Silvered Water, Syria Self-Portrait.

Hala Elkoussy is an Amsterdam and Cairo-based visual artist and filmmaker whose first feature Cactus Flower premiered at IFFR 2017. There is also the Dutch screenwriter and critic, Helena van der Meulen, whose film Tussenland (“Sleeping Rough”) won a Tiger Award at IFFR 2002.

The fifth jury member is Ilse Hughan, an Amsterdam-based film producer and managing director of Fortuna Films. The company was founded in 1909 by her grandfather, Jean Desmet, one of the first Dutch film distributors.

The Big Screen Competition is a diverse competition bridging the gap between popular, classic, and art house cinema, with this year’s IFFR seeing the selection of 15 titles, an increase on previous years.
The IFFR invites an audience jury to grant the VPRO Big Screen Award, with the winning film receiving a guaranteed theatrical release in the Netherlands. It will also be broadcast on Dutch TV by VPRO and NPO in addition to receiving a €30,000 prize. The award money is equally shared between the filmmaker and the distributor who releases the film.
A number of the selected films’ makers have already shown work at the festival. Filmmaker Félix Dufour-Laperrière presents Archipel, having previously shown Transatlantique at IFFR 2015. Chen Hung-i’s new film, As We Like It, follows his film, The Last Painting, which was screened at IFFR 2017.

Renata Litvinova’s film, The North Wind, has also been selected, coming in the wake of other films such as Goddess, which was screened at the 2005 Tiger Competition.Litvinovahas also appeared as an actress in several other IFFR films.

Ana Katz returns with her film El perro que no calla, having previously directedUna novia errante (IFFR 2008) and Whiskey (IFFR 2005). Yoshida Kota’s new film, Sexual Drive, is another film in the selection, following his previous works such as Kota Kyojima 3rd St., Sumida City (IFFR 2012). Rajeev Ravi, the directing force behind The Habour, previously worked as a filmmaker on Children of the Sun (IFFR 2020), among others.

Paz Fábrega presents Aurora, with his earlier film Agua fría de mar, made possible in part by the Hubert Bals Fund, having been screened at the IFFR in 2010. The filmmaker behind Carro Rei, Renata Pinheiro, has also shown many films at the festival, including Praça Walt Disney (IFFR 2012), which can be seen at IFFR Unleashed.

Over half of the filmmakers are making their IFFR debut in the competition, next to some familiar names. Su Hui-yu, whose work the film dedicated a retrospective to in 2017 as his work Super Taboo showed in competition, now presents The Women’s Revenge.

The world premiere of Earthearthearth by Daïchi Saïto is also taking place. The director’s 2016 filmEngram of Returningwon a Tiger Short Award that same year. Christelle Lheureux was part of the competition with La maladie blanche in 2012, and now presents 80 000 ans. Simon Liu, director of E-Ticket selected in 2019, shows Happy Valley.

Ane Hjort Guttu returns with the world premiere of her film Manifesto, after showing Untitled (The City at Night) in 2015.

Three art and film professionals make up the jury, including audiovisual curator Anna Abrahams, a programmer at Eye Filmmuseum and teacher at Royal Academy of Art in The Hague. Abrahams has made films for the independent production company Rongwrong.

Also on the jury is Amira Gad, French curator and writer based in Rotterdam and who is currently Head of Programmes at Light Art Space (LAS) in Berlin. The final member of the jury is filmmaker Vincent Meessen, whose short documentary One.Two.Three screened at the Tiger Short Competition in 2016, and whose later film Ultramarine (2019) won a Tiger Short Award.

The IFFR has announced that 22 short films have been selected for the Ammodo Tiger Short Competition, including 10 world premieres, eight international premieres and two European premieres. The jury consists of audiovisual curator Anna Abrahams, curator and writer Amira Gad, and artist and filmmaker Vincent Meessen. They will determine which three titles will receive three equal Ammodo Tiger Short Awards, each worth €5,000.

A selection of 13 Limelight titles will feature next to the competitions, making up the film lineup for February. The Limelight selection of avant-premieres and cinematic highlights includes the world premieres of films by Dutch filmmakers, namely Mitra by Kaweh Modiri, and Dead & Beautiful by David Verbeek.

Four Big Talks have been announced as part of the IFFR Talks programme. The festival will be in conversation with Kelly Reichardt, the recipient of this year’s Robby Müller Award and whose latest feature, First Cow, is also in the Limelight lineup.

Also part of this segment is filmmaker and artist Lemohang Jeremiah Mosese, who is showing work in the Vive le cinéma! exhibition at Eye Filmmuseum and is part of the Tiger Jury. This comes in addition to Benoît Jacquot and actress Charlotte Gainsbourg, next to their international premiere of Suzanna Andler, a film adaptation of the Marguerite Duras play of the same name. Filmmaker Dea Kulumbegashvili and composer Nicolás Jaar will discuss collaborating on the film score for Beginning.

During the February festival dates, the entire online programme will be available to audiences across the Netherlands, with Press and Industry screenings more extensively available and the IFFR Talks programme, including Big Talks, accessible worldwide. Films will premiere with Q&As, promote live interaction and will be made available for 72 hours, with limited ticket capacity. The IFFR Awards Ceremony is to take place on 7 February.