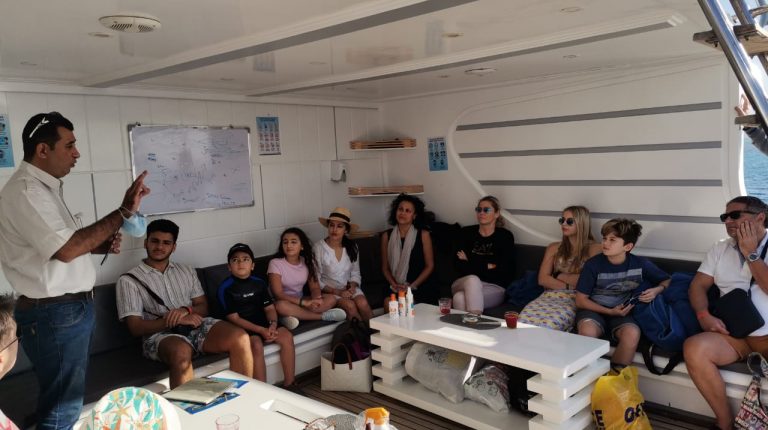 A delegation of senior officials and diplomats from Serbia, along with representatives from international organisations accredited in Belgrade, visited, on Monday, natural reserves in Egypt’s Red Sea area.

The initiative aims to support ecotourism and natural reserves, whilst also raising environmental awareness among citizens.

In a statement, Egypt’s Minister of Environment Yasmine Fouad said the visit by the Serbian delegation is a result of the ministry’s participation, last February, in an ecotourism pavilion in the Serbian capital, Belgrade. Egypt’s participation occurred as a partner country for the first time in the Belgrade International Tourism Fair.

During the fair, the most important objectives of ecotourism in Egypt were presented, whilst highlighting the country’s natural wealth.

Fouad added that her ministry is working to develop and update management systems for natural reserves, and take measures to promote environmental tourism in Egypt.

Egypt obtains a diverse nature such as plants, animal and marine environment. It is also rich in coral reefs, wonderful islands, and unique wildlife, which gives it an advantage in terms of ecotourism.

The minister pointed out that the Red Sea reserves are characterised by many marine and terrestrial environments, foremost of which are coral reefs featuring unparalleled biological diversity.

Diving sites on Egypt’s coasts are classified as among the most attractive diving sites in the world for international divers, with millions of visitors travelling to Egypt for this purpose.

The Serbian visit included a cruise and a visit to Giftun Island, a protected island in the Red Sea. During the visit, Dr Tamer Kamal, Director General of the Red Sea Reserves, gave an overview of the islands and the ministry’s measures to conserve them to the delegation.